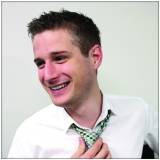 Well it has been 4 years.

Here it is - 375 games in the list to end all lists. Included is all known, mentioned, talked about, rumoured and in development games that anyone knows about as of September 2008. Feel free to link to it, recommend it, flaunt it and use it till your heart's desire. :D

Just like the dude in Star Wars with his little targeting computer on getting closer and closer to that infamous exhaust port, I'm almost there... 770 points and rising.

I'd like to drop a note in here - for any Aussie / NZ members looking to win some easy prizes, head to http://x360.mybb3.org/index.php and get posting. It's the forum for XboxOZ360-Gamer and with a bunch of stuff on offer, you'd be silly not to head over there.

Also, I've created a new object, one that I thought would have been thought of by now. BLOOD. Get adding games to it, seriously. It's going to be a huge list...

Thought I'd try my hand at article writing, I'm yet to see it gets approved although I'm hopeful :D I'm going submission crazy right now, it's truly addictive.  GB has done to the online gaming community what Microsoft did to in-game achievements...

Besides that, I'm slowly getting there, I can't wait till 1000 points, I'd like to option to just submit something straight away and know that yes, my work will get in there ASAP as opposed to sometime later, quite possibly after another 1000+ person has submitted something.

Monkey Island 5: Back to Basics

I'd read the above thread and it got me to thinking. Where did the Monkey Island franchise go wrong? On one hand, it's great that the series is still around and as such, is still played by (dare I say) millions around the world. But ask any fan of the series what their favourites were and 9 times out of 10 they'll tell you... The first 2 with the 3rd not far behind.

Sometime last year I had the pleasure of stumbling over this article, written by the one and only Ron Gilbert, which he gladly allowed me to re-publish on XboxOZ360-Gamer as I felt it was a great read. The general feeling from that article is that there are inherent flaws in adventure games in general and balancing entertainment and difficulty is well, difficult. It's been a feeling of mine that even today, almost 20 years on, these beliefs in adventure gaming still very much apply today and should be heeded. But enough of that...

The Curse of Monkey Island was, well, it was the logical evolution of the series. As MI2 from MI1, the 3rd iteration was the next step in the series and one that held true to the concept of point & click. Plus, although the quality of the visuals from the 3rd was a massive step from the first 2, there was no such "step" from the 3rd to the 4th.

Sure - make something 3D and like WOW, it looks soo awesome, but the truth is no, the quality of the art within the game suffered dearly with the move to 3D rendering. The art and style in MI3, although departing from the obviously aged (and classic) look of the first 2, still held true to the IP and even moreso, allowed for further artistic flair. Why the move? And an even better question, why not make another Monkey Island for the fans instead of for the $$$.

Why not? Why not work on and develop another addition to the series holding true to it's origins? It seems that (as raised in the original thread) that if it's not Star Wars, then it's not worth bothering. Which is sad, as I don't know how many times I've gone over and over finishing the first 3 titles just for the heck of it, each time finding something else that I'd missed and having a little giggle to myself. Where is that quality? If anyone knows, please come and tell me as I'd like to know myself. :)

My First Experience of an Approved Submission

As Giant Bomb is my debut to wiki style contributing in general, it's almost experimental for me to hit that "submit" button and prey it gets approved. So far I've managed to scrape together 10 points through various concept and image submissions. For me, the problems arise when the delay for approvals is so long, I'll spend quite some time adding in to areas that haven't yet been filled, only to find days later that these holes had already been filled, but not yet approved and as such, alot of time is spent "doubling up" on submissions.

This by no means is a complaint, just a result of a massive peak of submissions that occurred in the first week of Giant Bomb. My understanding is that the ModSquad and GBStaff are catching up on the backlog and their SLA of 24 hours will become the norm once again, but it's with disappointment that this morning I had found that the majority of my submissions had been rejected or will be rejected based on the fact that they had already been in the submissions queue at some point before mine. Which by all means is fair, I wouldn't want the system any other way, it's just a little piece of feedback I'd like to post here. Understandably the GB Staff would already be experiencing similar feedback from many other members, but I'd just like to say my 2c :)

Besides that, wow. The GB experience so far has been amazing, the Moderation team have been nothing but helpful and responsive, the forums have been friendly and the information snowball is uh, snowballing. So yeah, thanks to the GB team so far, you're doing a wonderful job and just keep working at it... I'll just have to start diversifying and filling in my own little niches in the GB archives... :D

Before I get into this - I think back 2 days to when the interweb bus pulled to the curb and let me off at this new building on the block - Giant Bomb. Against all the rules, with it's white text on black background and flash saturation, I step in line and quickly reach the counter. With a snap of the wrist, my ID is flashed and I'm let in. In an instant I'm inside, gaping at awe at every fixture, every passageway and at every piece of furniture, big and small.

I couldn't help but notice the extensive construction work all around, people running up and down ladders, hanging pictures on the wall and placing books on shelves. Some were directing others and pointing them to where they needed to go while others were being quite childish and occasionally were booted on back to the exit. Suddenly, I'm ushered off to my very own room and told to get busy filling it up, which I do, picking up a pen and paper and sitting at my very own desk.

Not long after that, I stroll over to a group of people, some donning green and others preferring the blue. There were others in different colours, all standing together and all looking like I felt, utterly amazed, eyes pointed skyward and all in deep conversation. I join in and the sound was deafening, words being thrown around, questions being answered and others quoted, all adding to the grumbling raw of discussion. One couldn't help but see those who darted in and out of conversations, pushing and charging the crowd, occasionally skwaking prophanities before jumping onto the next conversation.

With my fill of debate approaching, I thought I'd look for some of my favourite work and have a sit on my own. Each book I pull out is filled with blank pages, each one a sponge for information just waiting to be dipped in a pool of creativity. I do what I can, taking each page and adding all I know to it before placing it back on the shelf, knowing that if even one person reads it that I've made a difference here.

And here I am, 2 days on and with a feeling of acceptance, where I write these golden words about Jeff's gift to us all. I have never been one to enjoy the typical "social networking" sites, never been one to bury myself in IM's nor trawl through Wiki's, looking for a gap to spew my throughts into, but Giant Bomb is different. Where others have failed, GB will succeed. It's been an honour to be a part of this site so early in it's release and for that, I'd like to say - thank you.

This is an article that I had recently written on the value of Xbox LIVE to Australia. The link to the original article is here. Plus there is a great discussion of this article on Xbox.com here. Coming soon I'll be visiting issues with software pricing and the discrepancy between buying XBL in a box and via the dashboard...

Do Microsoft offer any real value for Australians?

As a foreword to this little rant of mine, let me say that Xbox LIVE has been my service of choice since its meek beginning in Australia some years ago. I have had special online time with my PC and although free to access and is provided with a lot more customization than a typical console based online service, I’ve always preferred the “plug and play” mentality of Xbox LIVE, it’s excellent end-to-end feeling has always made me feel all warm and fuzzy inside.

You get what you pay for.

It’s a fairly straight forward concept, one that is utilized by sales people the world over and is a common explanation for “is this really worth the money” type questions. In Australia we pay $AUD79.95 per year (RRP) for access to Xbox LIVE. For reference, that is about $6.66 per month (spooky) and just under $1.54 per week. This year, we’ll have paid just 0.22 per day to access Xbox LIVE. Why does this matter? For starters, let’s remember that Xbox LIVE is not considered an “item” or a real-world-goods we can hold in our hands, it is simply a service. Secondly, we do not have local access to Xbox LIVE, we run off of the US Marketplace servers.

I'm yet to write a bio for myself - you can read all about it here anyway. From what I have been able to figure out, Giant Bomb could be compared to the end result of putting Wikipedia, Gamespot, IGN, Facebook and Chuck Norris into a microwave on HIGH for about 2 mins. As you could appreciate, said microwave would explode after the first 13secs, leaving a glowing mass that could be seen for miles around...

Anyway, enough of that. I write for http://xboxoz360.wordpress.com - we're moving soon to http://x360.com.au. So you've guessed that I focus my energies on Xbox 360 and you'd be correct. No, I don't like to think of myself as a fanboy, I love PC gaming and I'll never give that up, but it's just that I know Xbox and I don't have the time nor the energy to expand to another platform just now...

You can find the majority of my work within links above and please, be good...