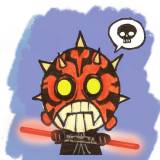 If anyone feels I'm missing some movies, feel free to post them.

So I think I'll come back to Giant Bomb for good now.

I've been away from the site for a long time, only occasionally coming back and posting a few times.

Anyone recognize me at least?

No. Never ever. There are too many things to fix up, and they should just give it up now.

ACC
The picture wasn’t pretty at all in the ACC. Clemson gets spanked at home by a previously unproven Alabama team, surely ushering them out of the top 10. Virginia Tech goes on the road and gets upset by East Carolina. Virginia loses to USC by 45. NC State gets shut out by South Carolina, 34-0. The only wins that went on in this conference were accomplished against Div. I-AA teams and really bad Div. I-A teams (Baylor, Kent State). The ACC comes out of week one looking very, very weak.

Big 12
Missouri looked convincing and impressive in putting away Illinois. I’m pretty well sold on that team as a legit national title contender, the offense is just scary. Oklahoma and Texas were just warming up against Div. I-AA competition, but they looked like they were ready to start clobbering Div. I-A opponents as well. Oklahoma State looked pretty good, largely dominating on the road against WSU; they often have trouble with games like that. Nebraska looked improved in their first game against Western Michigan, considered the preseason favorite in the MAC. Texas A&M embarrassed themselves and the conference by losing at home to Arkansas State. What an awful loss.

Big East
West Virginia, Cincinnati, South Florida and UConn mop up on Div. I-AA opponents…okay, whatever. The only Div. I-A opponents that the Big East took on today were Northwestern and Bowling Green, and they lost to both of them. Pittsburgh’s loss at home to Bowling Green is pretty pathetic, and is reminiscent of dropping an embarrassing one to Ohio early on a couple of years ago; they won’t be seeing the top 25 again anytime soon. Louisville will kick things off tomorrow against Kentucky, with Rutgers taking on Fresno State in a game that could be a good one on Labor Day.

Big Ten
Ohio State rolled as expected against Div. I-AA Youngstown State, but the injury to Chris Wells could be huge. We’re two weeks away from the huge USC vs. Ohio State matchup, and if Wells isn’t around for it, it’s going to be really tough sledding for the Buckeyes. Michigan appears to really be falling from grace, suffering their second consecutive season-opening loss in Ann Arbor. To give due credit, Utah isn’t a bad team, they could very much turn out to be a top 25 team, but the days of it being nearly impossible for teams to go in and win at Michigan are fading quickly. The Wolverines should be able to take out Miami (OH) and Notre Dame over the next couple of weeks…they’d certainly better, or they’ll be in rough shape when Big Ten play gets going. Illinois looked pretty good at times, but they’re simply not at Missouri’s caliber. I still think they’ll have a pretty decent season. Michigan State fought the good fight at Berkeley, but just weren’t ready to pull the road upset. Still, not a bad outing by any means. Nobody else in the conference played anybody worth noting.

Pac-10
USC is all about traveling early, playing legitimate BCS competition, and making them look silly. This year’s first victim is Virginia…they now get two weeks to prepare for Ohio State. Stanford continues to take big steps forward under Jim Harbaugh, scoring a nice upset over Oregon State to open the season. It wasn’t pretty, but it was certainly another step toward becoming relevant in the Pac-10 again. Cal did a nice job of opening the season on a positive note, dispatching of a pretty scrappy Michigan State squad who refused to quit. Oregon’s performance was a bit uneven, but their win in a rivalry game against Washington was certainly a solid one, especially considering that they had to deal with the loss of Justin Roper to injury in the first half. The Huskies did pretty well to hang around in the game for a while, but as usual they completely disappeared in the 4th quarter. If they’re any better than 1-3 heading into October, it’ll be a shock.

SEC
Alabama waved the SEC flag proudly, stepping into Clemson and dominating. This came a couple of days after Steve Spurrier’s Gamecocks from South Carolina put on a defensive clinic in shutting out NC State. Of course, anyone who isn’t a delusional ACC fan knows that SEC football is superior in every way to ACC football. Florida was impressive in blowing out Hawaii, although the jury’s still out on whether or not Hawaii’s going to bring anything to the table this year anyway. Mississippi State suffered a pretty bad loss to Louisiana Tech, Tech’s first ever win against a school from a BCS conference. Otherwise, the SEC mostly stuck with their first week tradition of playing nobody, as most of the conference just warmed up against Div. I-AA competition. This nearly led to an embarrassing loss for Arkansas, who scored late to eke out a narrow win over Western Illinois. Georgia, LSU, Auburn…they all looked good, but they didn’t play anybody. We do get to look forward to Tennessee vs. UCLA on Monday night, which could very well be a good one. Not sure if I expect as much out of tomorrow’s Kentucky vs. Louisville matchup.

Looking ahead to next week
The week two schedule is pretty darn thin. West Virginia’s visit to East Carolina is a bit intriguing after East Carolina’s upset of Virginia Tech this week. Georgia Tech at Boston College, Oregon State at Penn State and BYU at Washington all hold a bit of intrigue, but I’m really reaching to call these matchups particularly interesting. Opening weekend of the NFL season is certainly the highlight next weekend unless some college games really find a way to surprise us.

Meanings Of Certain Things In Dreams (My Opinion)

Drugs
-To dream that you are in possession of or taking drugs, signifies your need for a "quick fix". You may be turning to a potentially harmful alternative as an instant escape from your problems. Ask yourself why you need the drugs. What do you hope the drugs will achieve for you?

Bicycle
-To dream that you are riding a bicycle, signifies your desires to attain a balance in your life. You need to balance work and pleasure in order to succeed in your current undertakings. If you have difficulties riding the bicycle, then it suggests that you are experiencing anxieties about making it on your own.

-To see a bicycle in your dream, indicates that you need to devote time to leisurely pursuits and recreation.

School Bus
-To see a school bus in your dream, suggests that you are about to venture on a life journey needed for your own personal growth.

Elderly
-To see an elderly person in your dream, represents wisdom or spiritual power. Pay attention to the message or advise that they are conveying you. They help provide life answers and solutions to your problems and try to guide you toward the right direction.

Old
-To see something old in your dream, suggests that there is something in your life that you need to replace or get rid of.
1 Comments

Blogs Created:
6 blogs
Most Commented blog:
So I think I'll come back to Giant Bomb for good now.
Total Comments on blogs:
45 comments