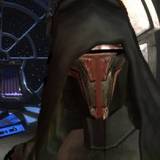 Every now and then, a game will come out that is truly revolutionizing. Games like these are usually very popular and serve as standards for imitators to follow. One of these games is Geometry Wars: Retro Evolved.

Why? At the launch of the Xbox 360, there were about two really good games for it. A month or so into it, Geometry Wars was

released and it met great critical reception and excellent sales for a downloadable game. For a time, it was even arguably the best game on the 360. But that's not what makes it revolutionary.

There was no doubt in anyone's mind that the Xbox Live Arcade was going to be drastically inferior to Nintendo's Virtual Console. In fact, there were allegations of Xbox blatantly ripping Nintendo off. Geometry Wars was essential in establishing the XBLA as a positive means for gaming. Let's look a year or so later and see who is ripping who off now. Nintendo has recently released "WiiWare", which boasts original downloadable titles... like the XBLA.

Today, the XBLA arcade has some very impressive games, including the sequel to Geometry Wars: Retro Evolved and more recently, Braid. It features some enhanced versions of older games like Marathon or the Sonic games in addition to the new games. Thanks to the XBLA, developers are able to show what they can do with very little. In the past, it's been the big budget titles that are really great. They took a lot and made it good. Now, we can see what they do without much of anything, which truly proves their creativity.

If you get the chance, get yourself a play of Geometry Wars or its sequel. Even if you don't want to drop ten bucks on it, the forty-meg download won't kill you to try!