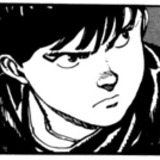 Way back in 1998, Nintendo released the Gameboy Camera. At the time it was one of the most peculiar game/peripherals anyone had ever seen. A cartridge with a big fat dome on top, that took grainy pixelated pictures that you could see on your gameboy. I remember quite vividly being jealous of my friends and family for having their own gameboy cameras. I didn't have one on the account that my mother said I “already had one” and that it took “better pictures than that thing.” She didn't understand that the quality of the photos was a non issue. It was all about the extreme novelty of taking them with a gameboy.

Well, its been eleven years since the Gameboy camera was released and my fascination with it has been sparked yet again. This time in the form of Tom Gilmore's blog, “Adventures in Greyscale.”

Described as an “attempt by Tom Gilmore/10k to document a life through a collection of photos,” his blog has one interesting hook that makes it different from the thousands of other photoblogs out there;

“All photos have been taken with a Game Boy Camera and converted from SRAM data into .BMP or .GIF images with the help of cheap third-party products and home-brewed software.”

While Tom, who releases 8-bit music under the name “Ten Thousand Free Men & Their Families” or 10k for short, may not be the first person to use the Gameboy Camera as a means for artistic expression, his blog is still fascinating none the less. From parties to hanging out with friends to odd things he sees while hanging out with said friends, Adventures in Greyscale is a grainy pixely treat for the eyes.

Maybe its just nostalgia, or maybe its just my natural fascination with old technologies being used in new and captivating ways above/beyond their intended call of duty, but there is something about all these grainy blocky greyscale photographs that evokes more raw discovery and human emotion than that of most “my life in photos” blogs I have come across in the blogosphere.

Check Adventures in Greyscale out at: http://adventuresingreyscale.10kfreemen.com/