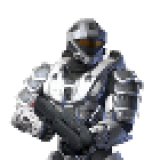 Why I'm not excited for Lost Planet 2

When the first footage of the original Lost Planet came out the thought that was going through my head was "This is the next gen game I've been waiting for". The E3 demo gave me a very promising feeling and the multilayer demo that followed after made me even more excited. Then the game released and I didn't have any money to get it at the time and other games I was excited about were coming out too so I waited to rent it at Gamefly. When I finally did get around to playing it I basically had it for at least two days before sending it back. I realize now after playing the multiplayer demo for Lost Planet 2 why I didn't  finish the last game, it doesn't feel Western. What I'm saying is all of the caned animations that are in Lost Planet don't feel good to me for a shooter, everything else is fine. You see when I'm shooting someone in Lost Planet it feels like it takes to many bullets kill someone or I'm just not hitting my adversary as much as I think I am and thats is my problem. I'm not saying its bad I just prefer the feel of a Gears of War as opposed to this.