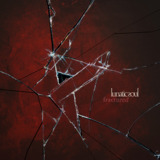 The Lord of the Rings: Conquest (Rant)

I love Lord of the Rings, and i love Tolkien, and being British i find my self having a huge appreciation for the setting and its "close to home" European flavour.

So in theory, if you take what the films did with Battles, and roll that into Battlefield/Battlefront, i should immediately fall in love with The Lord of the Rings Conquest...Wrong.

What im suffering with here, is atmosphere and accuracy, two things! that matter the most, so let the Rant begin. Baring in mind that this is just the demo, AND i played it on the PS3 (thanks to the ever so fond of Gold, Microsoft) And i dont hate the game, for the record.

Frist! Who the fuck wrote this stuff? in Training, the script for your, well whatever he is, is down right awful! not only is the accent totally off, its delivered in the most cheesy fasion i've ever had the misfortune to be cheesed with. Yeah you could say in some cases, accents in the LotR films are generally bad...when your Viggo Mortensen (aww, no, seriosuly, i love Viggo, he does it well, im just playin)

Oh and to add to that...it felt like i was playing Resistance: Fall of Man, because he reminded me so heavily of the commander in that game, it also sounded like it was coming over a radio...could that be just the PS3 version? i don't know.

Second! since when was a simple warrior in the force of good, able to glide along the floor like a flaming torpedo? now that probably won't bug most, but for me, i'd rather have my LotR game more down to earth, or rather, down to middle-earth (if you like spitting bad jokes!) or at least down to the films...which is what this game is based on. Also, combo's for the warrior look awful, its like he has a bad back problem.

And please, a long bow is not an assault rifle, i understand why it's a hold down button to shoot affair, but it feels stupid. And having multiple mages all using a dodgy shield effect, strafing around the map, just throws me off completely, for the love God, change the effect on that, all it reminds me of is Star Wars (i wonder why)

Yes this is a game, its bound to have more outlandish things than a film might have (Crank 2: High Voltage is probably living proof of the opposite) but still, i want my faithful recreation, i guess i'll have to play the old last gen games based on the movies to get that.

I couldn't play much multiplayer, due to my PS3's lack of faith with my router, i kept getting connection errors mid-game.

Dont get me wrong, will i still buy it? Hell yeah i will! these are just mere ranty complaints, the games still fun, and while the only thing that really captures the feel so far is the music, im sure the full game will deliver a little bit more atmosphere. I hope

EDIT: Changed my mind, i probably won't buy it, man, it sucks!