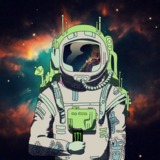 I have updated recently.

Kicking Off the New Year

I've started a new beaten games list for 2016. This year I would like to play more titles overall. To aid in that I'm putting together a list of games I want to beat this year in addition to those I have actually beaten.

I'm still deep into Fallout 4, I don't plan on spending as much time as I spent with Fallout 3, but I'm having a good time with it. It's nice to see that some things never change.

Last month I went kind of crazy and proceeded to purchase all the old consoles I had as a child and then some. Been playing a number of old gems that I hope to write a bit about later on.

I thought about just buying the games on virtual console, PSN, etc but I like the idea of playing it on the old consoles themselves. I never owned a SNES, Sega CD, or 32x but I couldn't pass them up this time. By the time the SNES came out I had already jumped ship from Nintendo to Sega.

The consoles themselves aren't too expensive, it's the games that can get pretty high on Ebay at least.

First blog post and why I don't buy things from the bookstore.

It's been a while since I've written anything resembling a blog post, but I've done sampled everything else this website has to offer so why not give this a shot? Let's start with the basics; I'm a dude, and I attend graduate school in Missouri. I study Electrical Engineering and I'm currently doing research in the field of electric vehicles. That's great and all, but this is a website about vidja games; which I spend an unhealthy amount of time playing.

A Bit of Background

For those that care, please allow me to throw down my gaming credentials in a few sentences. I started gaming on the Commodore 64 and the Atari 2600, but they both belonged to my uncle. My first console was the NES, then came the Genesis and after that I was a sega super fan and owned every one of their following consoles. Since then I have diversified and I have owned every major console to hit the market since then.

Video Games Are Not Everything

When I'm not working, or holding a controller I do have a few other hobbies. I'm currently reading the second trade paperback in The Preacher series. It's crazy thus far, I highly recommend it. I'm also kind of a history buff so I've been reading  Revolutionaries: A New History of the Invention of America which has been pretty good so far as well.

So school is starting up soon so it was time for me to take a stroll down to my university's bookstore. Besides the obvious overpriced books and dorm room amenities, they also had the only cache of Xbox 360 HD DVD players I have seen in a long time. Not only had they had them since the launch, they have been unable to move them because they have not reduced the price from $180. I thought it was hilarious, so I decided to take a few shitty camera phone pictures for your enjoyment.

Alright, I've got a meeting tomorrow so I'm cutting this here.

Blogs Created:
3 blogs
Most Commented blog:
First blog post and why I don't buy things from the bookstore.
Total Comments on blogs:
13 comments