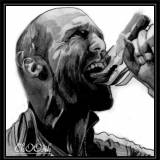 I must have a short attention span when it comes to pc games. I always do this, I will get a game on the weekend and if I don't finish it by the end of the weekend I lose interest and forget about it. It then lingers on my hard drive never to be played until a half year or so when I feel interested in it again. The reason I have to finish it by the end of the weekend, is because I live at two places and when its the week days I don't have my gaming pc so I have to wait a week until I get to play that game again. It is a serious piss off because a lot of good games don't get finished which deserve to be.

I don't know what platform to get left 4 dead for, its between 360 and PC. Here is the arguments I've come up for both sides. The arguments pretty one sided but the two arguments are pretty big points.

Oh an I just got a new headset for 25 dollars and the mic is clear and the audio is great. I recommend it. It is the MS LifeChat LX-3000

Just got back from my trip a few hours ago. It was a crazy long drive thank god I slept through most of it or I might have went crazy. I spent most of my time 4 wheeling in the back trails on my reserve. Its pretty damn fun going 75 KM/H on bumpy dirt roads. I seen most of my cousins there, well the immediate ones because in the reserve basically everyone is related some how. I spent a lot of time sitting by a campfire talking to my relatives atv-ing and messing around with my uncles weight set. I was surprised I wasn't missing the luxry of tv, internet and video games but It was a nice change of pace. Well for now I am gonna try catching up on Digg, Giant bomb and a few other sites

I'll be off on a trip soon

I am going to Sault Ste. Marie more specifically my Batchawana reserve on Saturday and will be gone for about 4 days. Its a long and boring drive there. It takes around 8 Hours. I have taken the trip before but this time its in a full size rental.

I got a new video card

I got the XFX 8800GT 512MB for 170$. I plan on getting a new processor soon but I am happy with the price and the quality of the card. I may rebuy Orange Box for the PC because the Orange box for 360 was greatly neglected. Plus I can finally use some of the mods I've wanted to play.