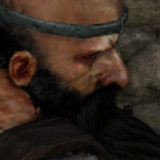 I had heard some tepid reactions so my expectations were low although I kept my excitement. Usually that spells "winner" in my life.

My reason? Art direction. There was none. It was awful to look at. Just a mess of objects on screen at once. Everything in the Matrix 1 was clean, simple, intentional. Same applies to the fight scenes. No style. Just punch punch kick. No attempts at taking things in a cool new direction.

Subnautica and Dragon Quest XI. I muted the music in Subnautica and it's, of course, a great game; the music just didn't fit at all. I also played through all of DQ XI for some fucking reason. That game actually had music that matched the game, in that the music was boring and flat.

@daveydave: yeah it’s bad. I like the part where he explains acronyms.

I wouldn’t say it’s plagiarism as much as it’s just creatively bankrupt and boring. Clearly it is indeed a ripoff of the design of that robot, but they changed it enough that it’s probably legally clear. Pretty much all non-gameplay elements of Metroid games have been bad or forgettable so I’m not really surprised or bothered. As long as it’s not as boring to deal with as it looks I’ll be happy.

@tartyron: Oh damn that's pretty fucked. Yeah don't apply to that job, haha. You get the gist of what I'm saying tho.

"and some roll their eyes at Red Ventures’ rah-rah retreats, which feature fireworks and song."

Good thing Brad, Vinny and Alex got out when they did!

Duder, that's like every company ever now. They expect everyone to act like a family, and many do, but when they leave the office they don't hate it any less. It's just greasy shit that Salesforce, Google, CBS, etc. etc. and every Silicon Valley startup that got past the 2-year-point do. It sucks, but Red Ventures is NOT unique in this.

I generally consider consulting work to be the trade of blood sucking opportunists, but if it means just trying to get by in this hellscape we live in, then I fully support someone taking a less-than-noble profession that pays REALLY well, especially when you've already done your time and worked years of your life away to hold up the tangled decaying lattice of government bureaucracy.

So, look up relevant consulting work now that you have tons of customer service experience in a specific field.

Not fully sure how awful and exploitative a job like that would be, but I can tell you it probably pays like $50-$80k starting. At worst, you take a job like that for a year or two and then leapfrog into a less horrible profession, maybe use your extra downtime to study something else, etc.

Use LinkedIn to find people who went to your high school/college that might work for consulting firms, and directly reach out to them on there. It's standard practice and everyone is super helpful, because good deeds always come back around, and the bigger their network the more jobs they have access to.

If you decide the consultant route isn't for you, do the above with LinkedIn, but in a profession you'd feel better about.

edit: that job takes blood sucking to a new level

As a 3d modeler I can confidently say 20 people have never worked on 1 chair, ever, even at the dawn of CG. I can model a simple wooden chair in about 30-60 seconds, or a few hours if it's very ornate with cushions that need to have perfect seams when viewed super close, etc., but that's almost never needed. I can make it photoreal in Blender in about 10 mins to a few hours depending on the complexity of the materials if I'm making the materials from scratch, which also is not really how many studios do things; they will have a catalog of materials or just buy them somewhere unless they're a huge studio or overly ambitious. So yes the tools are monumentally better than they've been in years past, but we're not that close.

Photogrammetry (scanning objects/surroundings and having a program weave it all together) is not as straightforward as you make it seem. There are many artifacts that need to be edited out manually. It's a vast skill all on its own. It is getting better all the time, though. If you have an iPhone X or greater you have access to an even better and simpler kind of photogrammetry.

Then, artistic vision comes into play. Not every game wants to be photoreal. How many games use cartoony characters with wild proportions? Many. If your idea of games begins and ends at call of duty-likes and assassin's creed-likes, then yes those will become easier and easier to make when it comes to producing assets such as characters, environments, and even weapons if the tech becomes so easy that it's quicker than modelling the weapon from scratch (currently modelling weapons and materials that look photoreal is really not difficult; it falls under "hard-surface" modelling, which, in general, is far easier to trick the human eye into believing is real than organic modelling, which additionally needs equally-perfect animations to look real).

So let's say you don't actually mean "photoreal." You mean: "really fucking good; good resolution, high polycount models, infinite detail, and great lighting." Well that is certainly becoming easier. I'm sure you've seen the Unreal Engine 5 demos showcasing basically infinite-detail environments. An easy thing to forget is they had to scan these objects at some point, manually, and edit them (you've heard them call these "megascans"). Someone had to actually do that, for all this stuff, for these demos. This is drawn from an established library curated by Quixel. So there's a significant price tag on these objects (https://quixel.com/pricing). You will need that $199/month plan to get any kind of practical usage (I hope your game doesn't flop!). And then, again, what if you don't want realistic? What if you want stylized? You're shit out of luck on the megascans department. That just leaves you with Lumen lighting and nothin but a lot of asset generation ahead of you.

So, all that is for today, or the next few years. What about 2030-2040? I don't see it changing a huge amount more. Keep in mind that the more photoreal something looks, the more photoreal it needs to behave, too. You still need to pair your character rig perfectly to the animation, which is a literal job all its own, otherwise you end up with uncanny valley faces or that "guy in mascot uniform" body movement. There are efforts to automate the more difficult parts of this, but it will take longer than 20 years IMO to get actual real use-case-ready tools such as auto-retopology, auto-rigging, and auto-weight-painting. All these things exist today, but they are bad and only serve as starting points which you then must spend hours tweaking.

This became longer than I intended.

tl;dr I didn't answer the question. I kinda just said it'll be longer than 20 years. To answer the question? I'll be too distracted trying to keep from becoming homeless in deteriorating America to buy and play more than a few games per year, so I'll just pick my favorite from those based on the execution of the art team.

The music is basically the same, in my opinion. I hated both versions.

I bet Brad, Vinny and Alex didn't even leave Giant Bomb! I think Nextlander's a work! Red Venture made it up to get people to pay for two subscriptions! "Nextlander" doesn't even sound like a real name! Follow the money!

Yes! If I dislike the look of a game I cannot enjoy it. I’ve tried.

1.) Dark Souls III. Played 200 hours trying to like it and realizing I just hated how everything was hyper specular/shiny or washed out, with tiny details that get muddy in even 4k. I respect the details. I don’t respect the art direction that makes those details ugly. Kinda worried cause Elden Ring’s seemingly looking to have the exact sort of shaders with even more fine detail.

2.) Into the Breach. I’m sorry. I know. I’m sorry. The art style isn’t even bad! It’s good! It just does *nothing* for me, and the game feels bad for me because of it.

3.) RE4/Fallout 3. Great games with art direction summarized as: “Hmm. But what if it was brown?” Feel sick playing them.

4.) Rogue Legacy. The gameplay is good, but I can't enjoy it because the art style does nothing for me. I have nothing against pixel art. I like a lot of pixel art. Rogue Legacy 1 just feels overly simplified... or something.

There’s more but you get the idea.

Any chibi game/game that sexualizes minors, or any anime-styled game that makes their women characters look absurd with insane lingerie accompanied by very fucked up gender roles. I get it hahaha she’s actually 4,000 y/o. Right. But what’s the real reason these games keep getting made? I don’t get. Never got it. Why do people like these things? Is it genuine creepiness or nostalgia for creepiness? Either way it’s bad.