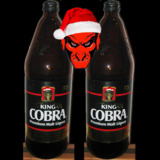 Hi everyone, I was just looking at my blog page and its some pretty depressing shit so I thought I would write some stuff now that things are going well(enough) for me.

I just moved into a new apartment after living with my mom for a few months. New place is alot nicer than my old although its on the 3rd floor so moving in was exhausting. Still have a ton of shit in boxes, in fact I will have to buy new furniture so that I'll have places to put all the stuff still in boxes. which is mostly old consoles and games.

I had to go like 2 days without the internet but luckily I got it sorted before things became too dire.

Been in the new place for a couple weeks now.

But the worst part happened a couple days ago. I decided to attempt to trim my hair in the back cause it was getting a bit too long back there. Then I made a drastic error which resulted in me shaving my head...

Where did I go wrong in life? did I even?

I have spent my whole life trying to be a good person, keep to myself not rock the boat. But now I'm here. 26 no job about to lose my apartment, no friends or family to call on for help. If I don't come up with rent in a few days I don't know what will happen Ill be on my ass I guess. I just want to live life without it being a competition. I don't like competing because I know i will lose cause I'm not as good as everyone else. I'm missing something that everyone else has. I don't know what it is and I don't know how to get by without it. I just want to live and be happy but I guess that is too much to ask from the universe. I wish there was a place for people like me who weren't meant for this world. I wish I had someone who would tell me what I need to do to get my life back together. Everyone just gives me advise which sounds simple on paper but never works out when I try it. I am too afraid to kill myself but I don't know what else i have left. I just wish I could start over knowing what I know now. I feel like each chapter of my life has been bad and worse than the last.

So I am of the age where a bunch of cool shit came out when I was a kid but I didn't know about it so I am thinking about going back and playing old JRPGs that I either missed out on or never finished.

Mostly messing with FF first and playing DQ when I'm laying in bed or whatever. But I hope to play though the first games of some major franchises.

You're probably thinking I'm crazy by now but after grinding destiny and just dealing with modern games in general its kind of relaxing to play an old ass JRPG. Basically playing these old JRPGs is going to be my palate cleanser for when I get burned out on modern games. Not sure how far ill get or if ill keep writing these blogs but I thought its been awhile since I wrote anything so why not.

Ok first off I have played FF1 before but it was probably on an emulator or something and I was young and didn't really understand how JRPGs worked so I think I ended up getting confused and giving up after beating garland. I think I never found the boat and just wandered around the overworld until I got bored. Anyway I just got the boat and now I am sailing around trying to figure out where to go next. I think I have to go south.

I'm curious to see how far Ill get. If I can even finish FF1. I'm not in a hurry since I'm only doing this when I get burned out on modern games. Hopefully I wont get too lost when I go a week+ without playing.

I'm losing my job. how fantastic.

I found out about a week ago that the store where I work is being closed down meaning that myself and all my co-workers will be losing our jobs. since I am not full time (not that I don't want to be) I am not entitled to a severance package. so basically i'm screwed. I thought I could ride this shitty retail job for a few years... but I guess I cant now.. this shit just kinda sucks. since I moved out of my parents place and whatnot. now I'm supposed to pay rent how the fuck now? god damn it.

I don't know what to do with my hair.(advise on self cutting)

My hair has gotten pretty long and I have no attachment to that, I just hate getting my hair cut. I have been thinking of buying some clippers and just cutting it myself. Do any of you guys cut your own hair? I just want to be able to have my hair not make me look like a bum without having to go to a damn hair cutting store thing, I don't even know what to call them... If I get a set of clippers can I cut my own hair and have it look like I actually give a damn with out me having to actually give a damn?

I'm at the point where full on pony tail is a consideration in my hairdo. I don't even enjoy having long hair though I usually do. I need help! Do I continue down this long hair road or do I cut it myself? and how do I get acquainted with self hair cutting? I just hate salons and barbershop though I cant tell them apart.... they are all asian ladies who barely speak English, I just want respectable hair with limited fuss.

here is me with short hair:

I never want to play a disc based videogame again.

I'm sitting here. its nearly 2am. I have some degree of insomnia probably. I'm trying to be quiet as to not wake my girlfriend. I want to play GTA Online. But god damn, does my slim PS3 make a fuck ton of noise loading this game. its the loudest thing happening right now, next to me typing this. I wish I had gotten the download version of the game to avoid the loud ass disc drive zerp zerping back and forth loading things so loudly.

Playing "backlog" games because I have nothing else to play.

I'm in a game slump. This happens alot, mostly cause I cant really buy many games so all I get are the games I "have" to buy and the stuff I get for free on PS+. I have had a bunch of games on my PS3 for awhile that I have never touched. I'm starting with Payday: the heist. I'm sure it will be terrible but I have nothing else to do.

I feel like I need another hobby. Gaming just does not seem to be cutting it. Everything I want to do just seems too expensive. I would like to read more comic books but those shits are expensive.

Side bar: my damn internet died during the tail end of downloading a 3gb update for Payday the heist so now I have to start over. FUCK Comcast.

Back to hobbies. My only other hobby has been cars. Which needless to say are expensive. and I don't even have a garage let alone a driveway where which to wrench on my car, nor do I even own a car I give a crap about to bother improving it with fancy metal pipes and turbos and such.

I always wanted to try my hand at model building as the kits seem pretty cheap and time consuming to assemble.

Anyway, I feel as though my frustration has been vented slightly and I want to get back to looking for something fill my time with, which ironically seems to be my primary hobby at this point.

Backwards Compatibility is literally the only thing I cared about.

I really want to write a long ass post with a ton of swearing but I know that no one will echo my sentiment. God I would pay top dollar for an HD PS2 or a new PS3 that has backwards compatibility. I guess my YLOD 60 gig is worth fixing now since sony is never going to give me what I really want.

People need to stop telling other people to 'google it'

I'm so tired of trying to research something online and only finding forum threads of people wanting the same information as me and all the responses are people telling the to use the search or to google it. These people are ruining googling. Its very difficult to get information when the top 10 results contain no valuable information. that and search aggregators, both of those things suck.

What do normal people eat?(adults)

I've been living on my own for a few months now and I feel like I have no idea what to eat. I mean my life is a tornado of poverty. but some times I can blow some decent cash at the grocery store but I never know what to buy.

I like cooking but I don't know much about cooking and when I lived with my dad I just ate like an asshole all the time(fast food, takeout and bad frozen shit) now I'm on my own, with my culinarily inept girlfriend, and I fancy myself to be a foodie. Cooking pleases me. but I don't know what to make. when I'm broke I eat ramen and crappy frozen dinners. and when I've got cash I eat chilli and SPAM. Sometimes I make Bacon, eggs and pancakes for breakfast but thats one of the most in depth things I get to do.

basically I'm wondering if theres some kind of guide for people like me out there who like to eat well but don't have alot of money.

I just want to cook a variety of good things using simple and cheap ingredients.