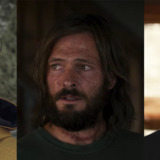 Three Thoughts - Is PS Plus Bad?; Plus A Farewell to Spelunky

It's been a while since I've sat down and written a blog. Especially one about video games but I've been telling myself I want to start recording and releasing some more of my thoughts for a while now. I'm going to try to start doing a more regular feature with just a few of my thoughts on some of the things going on in the gaming world, or just about games in general. So without further adieu, here goes.

Is PS Plus becoming more and more bad? As someone who pretty much lives on the Playstation ecosystem, I really have to wonder about the quality of Playstation Plus as time has wore on. I was never the type of person who subscribed to the notion that this service should be all about AAA titles, or even titles that I directly wanted. I recognize that there are the monsters out there who rip apart every single blog post for PS Plus complaining about quality titles, but outside of the extreme fanboys being upset I think there is actually some gripe to be had. When the service was first announced it only provided free games. That was back when the PS3 had free online servers. While I have no problem paying for the server side of things, or the multi player and to be completely honest I've enjoyed my fair share of PS Plus titles on both my Vita and PS4 in the years sense. None of that though has to do with the fact that it feels like the service has lacked any hits whether indie or otherwise. And while I'm happy to experiment with smaller games, or games that I've never heard of the odd hit, again indie or otherwise, would be nice. To me it always felt like while much of the service was paying for the multiplayer and the odd game you wanted to check out, every now and then you'd get a bit more of a hit or something you were anticipating that fell through the cracks, likely due to the sheer amount of games that come out. More and more into the PS4 era Sony this feels like it's less so.

So I went from a hype level of almost zero to suddenly absolutely on board for Mass Effect Andromeda recently. It was an odd experience mostly because I completed and loved the Mass Effect series. (sans the ending of course) But for whatever reason until I watched the recent Unfinished the new Mass Effect was mostly off my radar. I knew of it, I knew I'd probably play it. But there was some conversation on a Bombcast a few weeks ago about Mass Effect 3, and then the Unifinished of the new one made me remember how good that series, and even that game was. It's easy to forget that until the ending screw ups Mass Effect 3 at least in most peoples eyes was pacing itself as one of the best games in the series. Quite literally the only actual complaint about that game until the ending was that the side quest stuff felt out of place with an end of the galaxy main plot casting a shadow over the whole experience. But tying up the loose narrative threads with your crew was all fantastic. Who doesn't remember shooting cans with Garrus, having a little bro time? But more surprising and this dawned me on as I watched the Unfinished for Andromeda, Mass Effect 3 was a great playing game. The guns, the abilities, the encounters. It was probably the best example of Biowares combat system and ideas working. As someone who has always enjoyed a lot of the narrative work they put into games, their combat especially in very melee heavy games like KOTOR or Dragon Age can feel too MMO for me. But the third person cover mechanics in Mass Effect were refined to such a degree that by 3 even the MP component was actually enjoyable to play. Seeing some of the refinements in that combat system in Andromeda looked good. Although another reason for the hype could just be a lack of RPG style shooters in this console cycle. Everything seems to have gone in a endless open world, moba influenced, free to play way. The only one example of a quality loot shooter we got I suppose was Destiny, although it was more MMO than Borderlands. But I digress, Andromeda looks good and I think there hasn't been much out like it in a decent enough time that it certainly has a chance to win some hearts and minds if it's good.

I was forced to finally say goodbye to Spelunky recently. I had played the game actively on my PS Vita for the past several years. By actively I mean weekly, sometimes daily during stretches. I milked that game for as much content as I could, and for a majority of the time I was content just playing. I eventually of course beat the game, and then did hell and yama runs. I owe my exposure to that game to Patrick and his Spelunkin with Scoops series for sure, but I took a hard deep dive on Spelunky over the years. So much so that it honestly feels weird not to have it in my life. What ultimately made me part ways with it was finally getting all the trophies. Of course it was disappointing the game had no Platinum, however some of the harder trophies provided some level of challenge. The trophy to beat the game with no fast travels in under eight minutes was both frustrating and amazing. However it was oddly the journal trophy which provided me with some of my favorite late game memories. I had only Vlad and his items left to complete my journal. At this point I hadn't had a hell run in weeks probably, I wasn't playing as often and really was just trying to get my skills back to finish the trophy list off. I make it all the way to hell after probably hours of trying to get there, I'm short on bombs, I had two left. I bomb a way into find him, bomb him, and then the Amulet and Cape I needed to finish the Journal entries off fell all the way to the bottom, onto spikes. Of course me being the wise person I am instinctively jumped after them to my death. This is of course one of only many great stories in a game that I'm sure people here need no convincing as to why it's so good. Saying goodbye to it was certainly a bittersweet feeling, and it has left a hole on my Vita playing time that I don't know that will get filled. If you haven't spent enough time with it yet I urge you to go back to it. Trust me, the more and more you understand the layers upon layers in Spelunky the more that thing becomes an even better experience.

I don't think its bad per se. I think XBOX with Backwards Compatibility is just more appealing on the outset plus Microsoft is playing a harder game to try and get people to keep subscribing to Live. Personally, I think PS+ Line-Ups are usually fine. There is always one Indie Game I would like to play. But yeah, I don't think AAA Publishers are that keen to put games on it that are less than 2 or 3 years old simply because they probably sell a decent number of units in Flash Sales and the like. Sony probably isn't giving a good deal like they were with PS3 games that were at least 4 or 5 years old.

@mtfikhan: I think the is it bad question is going to be really subjective. It's tough when there has been times I've found hidden gems, like Furi or Ninja Senki DX. However there has always been some just periods of drag.

Here Is A Link With The Entire PS Plus List

I think even if you go past peoples different tastes, or picking up titles they maybe didn't have there is some objective example of quality lost. I think you can look at that list and see a lot of bigger name AAA titles coming out in the PS3 era of the service. Arkham City was free in 2014 despite the game coming out only three years prior for example. I think part of it probably has to do with so many games getting remasters and rereleases nowadays. But the idea that I'm paying for this service which once was eventually dropping a lot of major titles, even if only in bursts and now your getting Letter Quest Remastered (which for the record isn't awful) and having to pay $80 for a remastered version of Skryim which came out the same year as Arkham City? To me that is kind of the messed up part and why I think the service may be declining a bit. It kinda feels like they leveraged some of the bigger names and titles to hype the service up, and once things started to look up for them in this console cycle the service has been an afterthought a bit.

I think it's a shame too, because even if you go beyond the service as it's structured now, there is a very high demand for subscription style services. Obviously film and television went that way, and with games costing so much there are people out there like myself who would be willing to subscribe to get a collection of curated games. But It'd be nice if there was a bit more user input into what was coming. I'll never forget last year buying Lords of the Fallen on sale for like $40 only to have it be free on plus a few months later. I have to imagine I"m not the only one in that situation.

Done with Spelunky you say? Time to move on to The Binding of Isaac.

My Vita was a Spelunky machine for years, daily at times for the challenges. I eventually stopped, then came back, then quit for good.

Nowadays I'll play it once or twice a week and it feels nice. But not playing it every damn day has certainly led to me trying a lot more games.