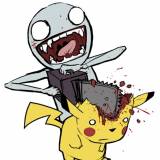 Castlevania without platforming?! Not too shabby

Ok, so this is the first Castlevania game I've actually played... Are we done tutting in disgust yet? Cool. I was a Sega kid growing up so never had the opportunity to play the NES and SNES games. Teenage years brought PC gaming for the most part so I even missed the critically acclaimed Symphony of the Night.

Saw a news story about this and figured I still haven't spent quite enough money on iPhone games this month so thought I'd give it a go. Turns out it's not too bad.

The puzzle action is smooth with the iPhone picking up on the taps and swipes nicely. There were a few 'whoopsies' but I think if I'd changed the sensitivity settings, it'd be perfect. The mechanics are also pretty cool, with attacks coming from all directions and the levelling up and equipment grabbing all nicely squeezing the 'One more game...' section of the game and not wanting to let go.

The only thing I think they missed out on would have been some form of multiplayer, whether over local Wifi or some sort of P2P over the net.