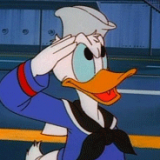 Did you guys see that?

Looked like a walrus wearing a three piece. I'm sure it was nothing...

A friend sent this to me from FailBlog.  Awesome.


See these eyes so green?  I can stare for a thousand years.

On the planet Katillion, there are those who do just that.  But this is not the story of the Splintered Legion monks and their far seeing stance.  This is the story of young Felixufus and his comely bride, Tabbitha.  Their journey for truth and fortune take them far from the wind swept deserts of the western tribe.  Danger and trial await them at Katillion's Northern Hisslands.

Will their love be enough to keep them warm?  Can a fool hearty pirate with a chemical dependancy really be the key to their eventual salvation?  Will there be CG dragons-kat hybrids?  All of these questions are answered in my 320 page script.

Put out my fire with gasoline, Mr. Bowie.  My eyes are red like jungle burning fire.
8 Comments

This is why we can't have nice things.

In just over a week it has grossed over half a billion dollars.  I know what you're thinking.  "Oh Dan, your standards are too high.  Avatar was fun."  It was that kind of attitude that gave Hitler Austria.  We need to stop and think of the consequences.  What kind of example are setting for the next generation?  "If it has explosions and 3-d, why not make it one of the biggest films of the decade?"

Why?  Monkey see, monkey make a similar movie that is even more generic because there was no reason to pay a script consultant to doctor the screenplay; I mean, look at Avatar.  Cameron wrote it 15 years ago (probably ripped off the idea from Harlan Ellison) and then gave it to some SFX guys to play around with.  While the idea of the white man attempting to destroy an "inferior" culture for some random source of profit seems to be timeless, it was as stupidly basic as it could possibly be.

"I dunno Jim, hasn't this story been done to death?"
"Then make them blue!  I just want to blow stuff up and overtly criticize the Bush white house!"

I believe the children are our future... because I haven't figured out a way to Benjamin Button myself.  So let's show them how much we care by supporting filmmakers aren't actively trying to damage brain tissue.  And yes, I am a hypocrit.  I payed eleven bucks to see this 3-hour long monstrosity.  But I did it for you!  Also because we needed fresh fodder for the podcast.  But mostly for you!  I want what's best for you and seeing this movie succeed will only hurt you in the future.

And your Mom and I don't fight because of something you did.  We fight because I saw her kiss Karl the Christmas party.  Don't tell her I know, I'm saving it.  Now off to bed with you.  You've got a big day tomorrow.


Avatar in no way reinvents cinema.   Not with its story or its visuals.   If you have seen Dances with Wolves and/or Pocahontas you know the story of Avatar.   Just picture the Native Americans with blue skin.

Avatar was two and a half hours too long. After the first forty five minutes you know exactly what is going to happen which lets your brain relax and enjoy the visuals.   …if you like that sort of thing. I for one have had it with CG and 3D movies. If most people disagree with me here I understand.   I won’t argue that James Cameron didn’t create an interesting world with some interesting creatures; though if he did it with live people, real props and costumes, I would have been much more impressed.   I would like to see Guillermo Del Torro’s Avatar. I think that would be a movie I could get behind.

One Avatar down two to go (sigh).

Blogs Created:
5 blogs
Most Commented blog:
This is why we can't have nice things.
Total Comments on blogs:
100 comments