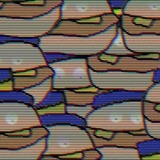 I don't live near any place that would hold such an event, so I haven't.
If my local retailers were to pull such a stunt I might consider it, but really if my games all ready and preordered as they often are these days I'd likely rather wait til morning then stand in some line in the middle of the night.

There is no number one in my books.
I've saved my money long enough that pretty much everything I want I can get, though one of my 360's killing itself forced me to trim the fat a little.

I'll most definately be grabbing Fallout 3.
A couple of copies of Gears of War 2 so I can enjoy some System Link with my brother.
Same goes for Left4Dead.

Rock Band finally hits Aussie shores in November, but whether I have the funds for it will remain to be seen.
I'll be grabbing it in the not too distant future anyway.

I saw it was one of Steams weekend specials.
I've been interested in the game a while, it's got a neat concept. Just never got around to buying it.
Being on special seems to justify getting around to it, I think.
Sadly I have heard the communities not altogether large, though hopefully the game being on special will remedy that a bit.
We'll see how I fair, I guess.

When I hear some more about it I'll give you a better answer, but for now nuh uh.
Not playing World of Warcraft though. Atleast not at the moment.

So one of my 360's just died. Had to do that in whats probably the busiest part of the gaming year, didn't it?
What with Saints Row 2 coming out soon, Co-op might have to wait.
It probably won't. My older bro has a 360 he currently isn't using and he probably won't mind us borrowing it til we sort out a replacement.
But I'm not impressed.

It's the second time it's died.
My launch 360 died a little over two years ago is my guess and we sent it in and got it replaced.
Now it's replacement needs replacing. It's frigging rediculous.

I'm debating what to do about it.
Do I send it in? Because that so obviously helped the first time.
Half pondering just buying a core or whatever it is - the one without the harddrive and just sticking our hd in that.
A more expensive alternative, but a more convienient one.

Going to have to work to prevent it happening again though. I already thought it was in a pretty good position as far as heat and stuff goes.
Might have to try somewhere else.
Just goddamn. Bad day all round.

Our Saints Row 2 preorders didn't come in like they were s'posed too.
My brother lost his wallet.
The 360 which is effectively his red rings.
Just so damn lame.

I rented Bullet Witch the other day and managed to play through one and a half levels before something came up and I had to stop for a while.
After said while I came back to play and the disk wouldn't load. I looked and it and it was scratched quite severely.
I'm suprised it loaded up the first time. And I'm pretty sure it wasn't my 360 that caused it. So it was screwed to begin with.
And just died after I played. Somewhat of a shame.

The game was very, very mediocre but it had it's moments.
I liked the designs of the broom weapons and though somewhat unwieldy the magic was impressive to look at.

My brothers gone out and is going to get our money back along with my next rental - Iron Man.
I played the Iron Man demo and as with Bullet Witch, well it was mediocre.
But I'm not buying the thing or anything, so mediocres just fine. All it has to do is keep me busy a couple of days until Saints Row 2 comes out.
I haven't quite finished Brothers in Arms yet and it's a great game but it's pretty much all I've played since I bought it so I feel like mixing it up a tad, hence the rentals.

I usually don't rent game. I usually buy or nothing.
Definetely a bad habit. It's how you wind up with games like Superman Returns on your shelf.
That said the majority of my buys are solid, I've only got a couple of stinkers.

I think it's stupid.
If they can't get all the campaigns into one game in a timely manner I'd rather they take the "when it's done" approach ro releasing rather then split everything up just to get something out the door and money in their pockets.

Even if the other two campaigns after the Terran release are put out at expansion pack prices, I still think it's a dumb idea.

I'd rather not have to buy new hardware, but with the whole downloadable game situation well...
We'll see what they offer before I make any concrete decisions, but if they offer good downloads I might.
That said I'm pretty happy with my DSlite and would rather not have to get a new DS so soon after buying this one anyway...

I know i'm probably generalizing a little bit so apologies if you play Counterstrike and happen to be an okay guy/gal.
But I played Counterstrike: Source yesterday.
First time since Quake 3 and 56k modems that I've played an FPS online.
I'd heard stories of the Counterstrike players jerkyness and had hoped it not be true.
A couple of hours of gameplay and a couple dozen players later i can safely assume the tales are true.

Counterstrike players be jerks.
The game itself is decent enough if not a little bland.
But it's hard to have fun when you have people shouting at you from all angles, telling you just how much you suck.
Yes I'm aware I suck. I see that on the scoreboard. Thanks!
I don't need to be cussed out. Either offer constructive critisism or shut up.
I told em I was new at the game but who cares about that right?

If anyone wants to suggest a game with a decent sized following with minimal jerks I'm all ears.
Decent sized Aussie following would be preferable for lags sake.
But anywheres fine. Hell if I'm playing with people that speak a foreign language it won't matter if they cuss me out anyway, I won't understand em!
That could work, heh.

Nothing needs to be added.
Sure MP3 players and camera's are neat little additions but they aren't necessary for a GAMING platform.
What you need for a gaming platform is games so how about concentrating on them instead of adding rather minor improvements to what is already a fantastic package.

The upgrades from the original DS to the DS lite I can get behind but at some point you just have to kind of.. Stop.

Keep concentrating on games or if you're absolutely freaking insistant on putting out new hardware concentrate on making the DS2 or whatever instead of shoving unnecessary features onto this one.