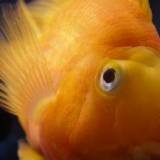 It's <CURRENT YEAR>, CMON! Refer to the fish henceforth as DisabilityFishy. Rest in peace, retarded one.

So ReTarDedFisHy feels totally legal right now.
In what way, you ask?
The best way.

Off to being one eight and eating copious amounts of delicious cake.

Well folks, it's been exactly two years since the first PLAYSTATION®3 console hit stores in North America. From the overwhelming but understocked launch, to the ridiculously hefty price tags, the PS3 has grown a lot from what it was once. The PS3 is probably the number one console surrounded by controversy, Showered and under fire by countless negative media, the PS3 had to endure endless claims of "No Games" and of course the biased retailers (looking at you, GameStop). As soon as the PS3 was announced, skepticism spread like wild fire, questioning if Sony still had what it takes to win the console war. Since then the PS3 has far distanced itself from Giant Enemy Crabs and embarrassing claims and promises (4D Gaming, anyone?).
However, the "No Games" regard is still being thrown around by fanboys that refuse to accept that the PS3 has some truly outstanding titles. The negativity towards the PS3 is really puzzling, it surprises ReTarDedFisHy that people want the PS3 to fail. He's just going to leave it at that, there's not enough room on the whole Internets.

And let's not forget the ever infamous and controversial Killzone 2005 trailer. Quickly labeled "fake" and complete BS, the video game industry quickly dismissed the trailer. Guerilla Games, being foolish enough to produce a target render of such quality screwed themselves over. Doing so, they forced themselves to make the best looking console game ever. Hey, no complaints here.

And of course there's Home. Announced at GDC 2007, Home blew away the crowd and was quickly accepted as an XBL killer. Since then, the hype for Home has really sunk, and to a new low. No one expects Home to be that big of a deal anymore, and the delays haven't helped at all. Home has the potential to really be a success, but given the delays, one has to question if Home will really be that online community we hope it to be.

In all of the PS3's years, it has only been growing. From huge hardcore titles like Resistance 2 and Metal Gear Solid 4, to casual providers like LittleBigPlanet and SingStar, the PS3 is finally making a real name for itself this year in 2008. It's only time until the average consumer moves onto "HD", it's apparent that the PS3 is an item of envy. No PS3 user can say that one of his/her friends hasn't said "Niiiice" when they first saw it.

When 2009 comes, the PS3 is only going to get bigger. Those elusive titles that were announced years ago, the ones you thought you'd never get to play are finally going to arrive and add themselves to the PS3's library of exclusives.

ReTarDedFisHy will just leave it at this. Hell, he was just planning on saying "HAPPY FCKIN' BIRTHDAY PS3!!"
Game on, Gamers.
36 Comments

And on Giant Bomb's 100th day online. :)
Time to wash off those old party boots, 'cuz it's that time of year again - late October.
It could only mean three things:


There's something special planned for him:

It's gonna be one hell of a bash. Three days of pure awesome.
Now - Off to the party(s)! WOOSH!
Have a great Halloween guys! :D :D
18 Comments

Day 91 - TheGamerFix's Podcast. Plus, other stuff!

Hey all, it's time again for one of ReTarDedFisHy's blogs. Yeah, couldn't really think of a title. :(
As some of you may know, GiantBomb user TheGamerFix has been pumping out some listen-worthy podcasts over the past few months.
It's been a long time running, but the latest podcast thus far, Podcast #4, doesn't disappoint. It even included an e-mailed question from your very own ReTarDedFisHy!

They talked about Home, TGS and LBP.
If you want a quick listen, here's the link: -> http://thegamerfix.libsyn.com


He highly recommends the podcast to anyone wanting to hear a refreshing take on the video game industry, and is also a very good substitute while you're waiting for the next GiantBombcast (as soon as they can get the ball rolling [faster], though)

Also,
ReTarDedFisHy can't wait 'till he picks up Dead Space tomorrow! He asks: "Is it normal to be excited to scare the sh*t out of yourself?" Haha, hopefully LittleBigPlanet can wash away ReTarDedFisHy's scares :O

But sadly, that won't be happening anytime soon, as Sony has delayed LittleBigPlanet due to references to the Qur'an on one of the soundtracks in LittleBigPlanet. ReTarDedFisHy is once again, hit by disappointment, but heck, it's only a week. But still, one must wonder: "How the f*ck did this slip through?!" The song was composed by a renowned Muslim artist in Africa, ReTarDedFisHy believes, but sadly he can't find the link.
It won't stop ReTarDedFisHy from playing the best horror game this year.


Just head over to Jeff's news report via GiantBomb's home page, or this link:
-> http://www.giantbomb.com/news/your-early-retail-copy-of-littlebigplanet-just-went-up-in-value/386/

Day 89 - Another Beta, Another Disappointment.

As a hardcore gamer and an avid participant in online communities, one may think (and hope) that ReTarDedFisHy would be able to get into at least ONE beta... right?
Unfortunately, it doesn't matter. Unlikes private/closed betas, these semi-open beta invitations are given out randomly to basically anybody.
Multiple accounts, e-mails and wishful hoping didn't do ReTarDedFisHy any good whatsoever. He didn't get into ANY.

What ReTarDedFiSHy found was that most people who recieved these invitations were practically caught by surpirse, most notably the Killzone 2 beta. The LBP beta was actually another story however, as people practically lined up for the beta. Also, the Resistance 2 beta, you had to sign up for. However, the Killzone 2 beta was given out to random (lucky)PlayStation Underground members. Usually ReTarDedfisHy gets into these kind of things because he's part of Sony's Gamer Advisory Panel, an "exclusive" little bunch that make decisions for the PlayStation community. But much to his discontent, the Killzone 2 beta was random. As hard as he tries, he'll never be able to participate in any beta... it seems his luck has ran dry. He will never be able to shut out the thousands of voices saying how "fun" or "f*cking awesome" the betas are.

ReTarDedFisHy feels as if he was hit by...

We've all seen the horrid screenies of the pixelated Big Daddy textures from the PS3 version of BioShock. But don't fret - the geniuses at 2k Games are preparing a patch to be ready. Unfortunately, there's no "defined date" for when the patch is going to be released, so expect it to be after launch. Better late than never, right? Better yet, better something than nothing.


Here's a little preview (from  The Game Reviews) :
"Yesterday marked the opening day of Media Molecule’s European beta test for LittleBigPlanet. With just under a month before release, the invite-only beta test is drawing public interest in numbers high enough to overwhelm major European game sites."

In other news (hehe :P), Apparently there's been a rumor going around that LittleBigPlanet is actually going to be released earlier than planned, according to PlatformNation, whom says "according to PlayStation Underground" :S

"We all know how LittleBigPlanet is suppose to come out Oct 21, but according to an email directly from Sony via PlayStation Underground, it appears that it might be coming a couple weeks earlier then expected.

What do you think, typo? or early release?"

Holy bejebus, has it been a while. The ~month long vacation was probably the best of all time, so far anyway.
Alotta plane trips, caffiene pills, and driving, but heck it was worth it.
Hell, ReTarDedFisHy doesn't even know what to do on GB, there's so much he needs to catch up on. :O!
He'll probably be going back to editing pages.

ReTarDedFisHy is seriously hyped about Brothers in Arms: Hell's Highway. You know how he was kinda bashing the game for being so damn delayed? Heh, after watching a BiA:HH full level preview, the whole series of Band of Brothers and SPR all over again, he'll probably eat up his own words about this game. Hey, more time = more quality, right?
It looks like BiA:HH totally ripped the cover system from the R6V series, but get this, FisHy's totally happy they did, he absolutely loves the cover system in R6V. Happy that there's gore, happy that there's slow-mo/dramatic moments, happy about the level of authenticity, and happy because it's squad-based BiA (Always loved that your squad members can die... and not return. Gives you a sense of purpose and protection) :D

Hopefully the extra year or so gave Gearbox the extra boost that BiA needed to be level with the heavy competition this year. (K, maybe not, but CoD:WaW seems pretty awesome too)
If one would check Gearboxity, the Gearbox community forum, thou shall recieve knowledge put upon thee by the Gearboxity, knowledge indicating BiA:HH's final completion... In other word's Gearboxity's "Remaining work items: 0"
Graphics look pretty slick, the bloom and depth of field certainly help, along with the hi-res textures and highly detailed models. One thing ReTarDedFisHy is concerned about is the lip-syncing, so far, the characters in the cutscenes look stiff, and their mouths don't move at all... ReTarDedFisHy wonders if it will affect the final impression of BiA:HH.

ReTarDedFisHy wants it to be next week. Yesterday.

ReTarDedFisHy will most likely be spending this weekend getting some of the harder UIncharted trophies becuase he already got most of them already - all that's left is the Charted! Crushing trophy.

Hey guys, just wanted to let you all know that ReTarDedFisHy is still taking a break from his blogging and updates on news on the video gaming industry. Also will be slowing down on submissions, etc. mostly because he's just totally getting r*ped by assignments and term papers, etc. due next "year". Don't worry though, because he'll still be around, but not so much. Sad face :(

Also, it may be, but let's just suppose that ReTarDedFisHy's bestest friend, who has been in Australia for 3 years has finally come back to see his old friend for a months visit... They used to do crazy + stupid things, the best kind :D :D

As many of you may know, ReTarDedFisHy hates his ISP, because of constant f*** ups. He posted this blog yesterday but apparently it, well, didn't go through. Here it is again (will be posting Day 12 in a few hours):

*Joy*. ReTarDedFisHy has finally reached the 1k milestone and can now submit... submissions without having to wait days.
Just a few days ago, he remembers having no points at all, and thinking that racking up 1,000 Points was just crazy, and impossible.
But Points actually stack up real fast, especially if you contribute images (even though ReTarDedFisHy himself hasn't contributed much images).
He loves the Wiki-style editing, albeit simple, it gets the job done, and it's productive, as you can have literally hundreds if not thousands of people contributing to the site. (Even though most are complete BS or lazy-ass vomits of "work" :S)
At least it's one less fishy for the crew to constantly moderate ;D
It's quite fun contributing to the site without having to wait for it to be approved, it looks like days of hard work have really paid off.