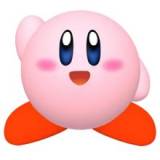 Sad to see you go man. Fun guy to read and listen to and just from a video game perspective, you championed many types of games (horror, strategy, roguelike, japanese weirdness etc.) that would otherwise be mostly ignored by the site and with you gone the site will have no one speaking for those games and therefore the site will be lesser for it. Also, though you had several people who, for whatever reason, didn't like you or what you did and were very outspoken about it, you never let that break or change you and commend you for that. It was quite inspirational in a way. No idea if they'll replace you or not, but they'll be difficult shoes to fill alright. Good luck in your future endeavors and I'll look forward to see you again during E3 panels or whatnot.

I don't know... Personally, I have no regrets about shooting Kenny in the end. I mean, I wanted to still have hope for him, I wanted to have his back... But eventually it became impossible, and I pretty much knew I had to leave him. And when Jane in the end arrived without the baby and told me to pay attention what happened next I already knew what she was trying to do. I knew the baby was probably fine and that she was only trying to show me how far gone Kenny was and she felt it was better to do it now in a generally safe situation than have him go off at the wrong moment. And while I tried to prevent the inevitable, when the time came... There was no doubt in my mind... And I shot him. And when Jane showed that the baby indeed was alive, I forgave her without a moment's thought. It was a brutally direct charade sure, but it was necessary considering the circumstances.

I guess that's what differed between my Clem and Alex' Clem. While generally I tried to make my Clem do what was right and decent and honest... My Clem had lost her innocence. She was prepared to do questionable things if she believed it was necessary. In fact, my Clem would have acted the same as Jane at the end, given similar circumstances... But she's not as far gone as Jane, she's still an emotional and empathic girl at her core, which is why I still decided to let the family in at the end of my ending... She still willing to still believe in people, but she's also willing the make hard choices if necessary.

Overall, my feelings about the season seems to be very different than yours. Whereas the first season high alot of high notes, it was a bit scattered (I mean, it even had a stand alone episode in there, which, while good, felt really out of place). Season 2 however was more focused, both in terms of each episode tying directly into the next and also on focusing on Clem's personal arc more than a group arc. Season 1 was an ensemble piece, whereas season 2 was a character study. Sure, the emotional highs weren't as high but Clem's portrayal, or atleast my Clem's portrayal, as a girl forced to mature too quickly and therefore a bit internally conflicted was overall more interesting than the slightly more simple arc she had in season 1. That's not to say that this season was vastly better or anything. Season 1 did have those highs which probably wont be matched ever, however season 2 was more consistent and focused. Less puzzles too which didn't suck (season 1 puzzle usually felt more like padding than anything). Overall I feel they're about equal, although for different reasons.

Also, for the record, I had way more conversations and scenarios in the first season that didn't line up with my choices than I had in the second so I guess you not experiencing that until this season just meant you just ended up making the choices the devs expected in season 1.

(also, considering how open ended my ending was, I can't see any way next season WOULDN'T pick up where it left off... although with so many available chooses it's gonna be a bitch to figure out. also, if it doesn't continue Clem's story, I currently have no interest in continuing this series. Clementine is this series and a series without her is worth absolutely nothing to me)

Both Nick and Alvin died in my playthrough... I didn't feel I could vouch for Nick when asked if he was a good man so I didn't say anything, which later cost him his life... And Alvin... Ehhh, I foolishly hoped shooting Carter would have saved Alvin and while Kenny sorta hit him... It wasn't enough to kill him... So he took out Alvin shortly after...

I think Greg managed to be wrong about just about every single date he mentioned during that drive... It was kinda amazing... In a kinda frustrating way but definitely interesting... He should just learn to assume he doesn't know when things happened and should really look up everything before talking about anything chronologically.

Don't think any further explanation is needed here... Also, there's nothing on the second page that isn't already covered, and in greater detail, on the first with the exception of a review so fixing this should be fairly simple I suppose...

And seriously, this should be quick looked... But that's a whole other deal so yeah...

Holy shit?! How? What? This is crazy... It's kinda like you feel that it's got to be a joke, it's just that there's no punch-line anywhere... Jeez... Patrick was gonna be hard to replace, but Ryan? Im-freaking-possible...

"Reply" button or "Quote" button so that people get notified in their PM inbox when you reply to them.

There's a reason why we have the following guidelines for browser games:

Guidelines for Inclusion - it benefits a game if it can meet one or more of these criteria.

We just can't have every game ever made by every high-school student ever in this database. Because 1) it's not what this database is for and 2) it wouldn't be practical.

If you think this game is relevant then please support that with evidence. I did a few google searches and didn't come up with much other than some download sites, and a facebook page that had about 300 likes or so.

Well, the game has slipped into obscurity along the way, around the time when HotU went belly up. This is a fate it shares with alot of games like this and it's why it's hard to find anymore. Games like Liero and Soldat which I previously mentioned have escaped this fate by being continually upgraded along the way, but this game was done and needed no updates and therefore people moved on.

And as far as copyright infringement goes, liken this to SNL when they remix shows, movies and trailer with their own spliced in footage or just dubs. That's fair use and it's the same principal here...

And actually, the game was made by one person who has worked in the games business professionally, a guy called Benjamin Karaban. Now, he's not in the database yet but if you really want me to add him I can. And as far as his credits go, he worked on both games in the Act of War series as a programmer, which might not exactly be the most high profile games ever, but full blown retail titles published by Atari none the less. Which does meet one of the criterias in the list you posted... Except it doesn't NEED to meet it since it's not a browser game.

Feel free to explain why this should go and things like Retro City Rampage, Great Giana Sisters and of those hundreds of C64 and Amiga games Jeff referred to in recent podcasts. Is it just cause these guys were smart enough to realize that they probably shouldn't charge for the game? That's a terrible precedent honestly, freeware is not any less worthy than commercial games, anything else I find elitist. Besides, most of the graphics, with only a few exceptions, are not lifts from other games but redrawn and all of the soundtrack is original. And also, fair use is a very real thing and allows you to use licensed characters for, among other things, satire, where this certainly applies. Gameplay is solid, it's well regarded among those who played it, I'd goes as far as calling it a freeware classic among the likes of Liero and Soldat so what's really the problem here? And besides, how does this being in the database hurt the database?

As someone who played this game back in the day, this, in my opinion, is if not the best, then atleast the run & gun game with the most character and charm that I've ever played, it's not a cheap half assed mobile game-esque concoction. And as far as copyright infringement goes, it's all satirical in nature and therefore most likely goes under fair use. And if you still doubt its quality, it was listed as a "Top Dog" game back on the classic site "Home of the Underdogs". It's just a shame it's so hard to find these days...

EDIT: Actually, I did find it eventually and uploaded it to mediafire to make sure it doesn't disappear. Here's a link. How about downloading it yourself and see whether you think it's worth anything instead of trying to speculate things based on a few random screenshots. Don't worry, it is, and always has been, freeware. And if you have trouble running it, set it to XP compatibility mode.

People would be forced to explore new ideas, to think in new ways about what a game is and how it can be played. Kinda like the creativity of the 80's but with the technology to actually realize the things that people come up with. After the five year span you can bring shooting back and then gaming would be better off. Cause these days most games are essentially the same...

And then of course there are things like Africa... It's good that they are trying different stuff but I really would have preferred a life sim... Ohwell...