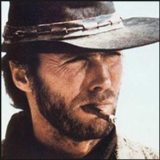 I am the anime, koo koo kachoo

DocHaus first started getting into the world of video games when his parents bought him a Sega Genesis with Sonic 2 at the age of 6 to shut him up. Oh, if only they knew what forces they unleashed on his young, impressionable mind with that decision. Today, DocHaus now has an XBOX 360 that he bought off of Ebay yet has only red-ringed once (in 2011) and a laptop capable of playing some more recent games.

In the real world, DocHaus has a BA in Political Science, yet has a job that has little to do with politics. Once upon a time, DocHaus actually made money writing music reviews for a website, but as usually happens, said website went kaput when the editor-in-chief disappeared. Now he's doing lots of things to keep himself busy: writing, reading, stand-up comedy, audiobook narration, hoping various DC area sports teams don't choke again...stuff like that.

Don't worry, DocHaus will never refer to himself in third person outside of this section.