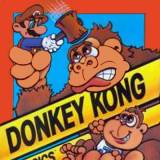 What the Call of Duty series has become, as well as what it will one day be, will never corrupt the soft spot in my heart that I hold for Call of Duty 2 and 4. I have never spent very much time with the original game, mostly because I didn't have a gaming PC at the time it was released. By the time I had one, 2003 was a pretty long time ago, and there were much more compelling FPS titles on the market. I also never really concerned myself with the any of the treyarch titles, basically, I tried Call of Duty 3 once and decided I had no use for the spin-off series. Call of Duty 2 though I spent a lot of time with, both on computers that my friends owned and on my own personal copy that I had for my Xbox 360. That 360 red ringed in 2010, and at this point I really have a hard time playing FPS's on a console, I'm way too used to using a keyboard now.

Anyway, Call of Duty 2, as a launch Xbox 360 game really blew my mind, and what I consider to be my first foray into modern FPS's. Well that isn't entirely true, let me amend that. Goldeneye on N64 was modern in the 90's, and I certainly played enough Halo in my life before the first Call of Duty was ever released. Call of Duty 2, however, was a PC game, and I was playing the watered down port of on the Xbox. So I consider it to be my first long-term experience with a modern PC FPS. I had played CS:S and Unreal Tournament 2004 in my life, but not very extended lengths of time.

Call of Duty 2 had a pretty compelling campaign, well actually a few campaigns, but the multiplayer is what I mostly want to discuss. Most of the maps in Call of Duty 2 were really well designed. The Moscow level was amazing for capture the flag, Carenten, which was from the first game, was well suited for search and destroy, and headquarters in the French level with the bombed out church was too good to pass up. While the options were somewhat limited, and the few map packs they ended up releasing never really seemed worth the money, I loved to play Call of Duty 2.

Call of Duty 4 was released and I played the shit out of it. The upgrades, the perks, the leveling, I was pretty hooked. There was more of everything as well, sabotage and domination were cool, all sorts of cool weapons that weren't from 65 years ago, and sooooo many people played. I played Call of Duty 2 pretty much right up until Modern Warfare was released, and, maybe for good reason, I felt like I was one of few towards the end.

So yea, I consider Call of Duty 2 and 4 to both be high quality FPS's. I stopped playing Modern Warfare after a certain amount of time, it was fun, but I felt the need to "graduate" from the Call of Duty series and try some other FPS's, and I guess games in general. Modern Warfare was crazy successful, so i completely understand why it would be smart to not radically change up the formula. Modern Warfare 2, however, honestly felt altogether too much like the game had I purchased 2 years prior. I actually had a lot of fun in Spec OPS with a friend, but the changes they made to the multiplayer were not welcome. The killstreak system was way to easy to abuse, which made people more encouraged to camp in a game where a lot of it was taking place to begin with. The one's who weren't camping had stealth mode and fast-running on, and ran around the maps like clowns with dual mini-shotguns and stabbing from long range. Not what I'm looking for in my FPS wargame experience. All of the good parts, which includes the gunplay and the leveling, was not as new and exciting as it was in 07. Further, they were royally fucking over PC players, which was lousy because it was PC players who got the series off the ground (not that I can take credit).

But I realized something at a certain point during the 50-100 hours I probably wound up spending on the game's multiplayer. It's the same feeling i felt earlier in the year when I played Halo 3 ODST. Basically, I realized that these sequelized titles have no incentive to change up their basic gameplay structure because it would be pissing off too many fans, and if I was tired of the mechanics, the series was likely dead for me. Today i woke up and read Jeff's review of Modern Warfare 3, which basically confirmed my suspicion. It's largely the same shit that I was tired of playing two years ago. In my opinion, it looks especially bad after EA made such a big push to start over with Battlefield 3. It obviously has its share of flaws, but they push out patches for balance quite frequently, and made a pretty good connection with the PC people. BF3, unlike MW3, is a PC game first. If I were IW and Activision, I would honestly milk this cash cow for as long as humanly possible, I don't blame them in the slightest. As a fan of videogames however, there are too many strong competitive FPS's on the market today for me to spend much time with a re-hash from 07.

I think the quest system is quite cool, a fun little way to kill time while on Gianbomb, and unlike the stupid social networking links, actually non-obtrusive and frees up space at the top of the page. What do yall think?

Giant Bomb launched today, did not get my #1 choice of name, but I did get an iconic game character which was my next choice. Lets see how this site goes...