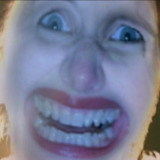 I was just reading a list on Cracked, and I noticed an ad for a free-to-play shooter called "Combat Arms". Now, it didn't look very good. The art looked almost identical to the cover for Call of Duty: Black Ops, and the name sounded generic at first. But then I thought about the name. What the fuck does it mean?

Given the fact that it was a shooter, I assume that combat means fighting, and that by arms it means guns. So the title means "Guns Used For Fighting". Why specify what the guns are used for? I could list a number of things that guns don't do in a humorous fashion, but I'm legitimately confused as to why they would name it that. Like, why talk about the guns at all?

I mean, I presume they're not at the center of the game, right? If it was a shooter, wouldn't the action or war be at the center of it, not the guns? Though I've already closed the tab that this ad was on. Maybe I misread it, and maybe it wasn't a shooter. Maybe it's a Factory Worker Simulator that takes place at a ammunition factory during wartime?

Perhaps I need to take another look at what "Combat Arms" means. What it really means. Perhaps it means arms. Like, arms-arms. Maybe it means both. Guns strapped to arms. Looking back at the beginning of this blog, I said this game didn't look that good. But I suppose there are some things at the world that are more than meets the eye. There are some things that require an entire blog to be written about them before you can see their inner beauty.

And "Combat Arms" is one of them. At first I was willing to simply write it off as a Call of Duty clone. But now?

Now I can embrace it for the Free-To-Play-Gun-Arm-Ammunitions-Factory-Simulator that it truly is.

Alright deleted my second playthrough, first one was too long. ITS OVER!

As I said before, I'm now on my second playthrough, going from Beginner to Normal. It's a lot harder than I was expecting. Before, when the game told me that the Shadows were gonna get harder, I could still keep going, and it wasn't dramatically different. I could make my way up to the Guardian, then go down a few floors and level up a bit. Now, it's like the Shadows getting harder are the new "Time To Grind" points now. But still having fun, especially since I'm  changing up my party a bit from last time.

I'm pretty sure that Irrational purposely got our hopes down. It starts underwater, with music playing. Then it shows it's not just BioShock 3, as it's in a new city. Then as the press begins to release their previews, it's shown that the ties to the Rapture BioShocks are minimal if not none, as Ryan would not yet be born (As it takes place in 1912, also changing the aesthetic and tone more), and the game is void of Plasmids. The new city, Columbia, was not created by people who resented the government, but the government itself, as an attempt to show the rest of the world that America was a real player in the world market, which it was trying to do in the real world at the time that Columbia was created in the BioShock one. So ya, this ain't just BioShock 3 in the sky.

I'm now about 6 Hours into Female Protagonist, and it's much easier now that I have the ratio of Tartarus to Real Life down. I'm really liking how you have to grind, but you choose what days are "Grind Days" and which days are not, because sometimes I really don't wanna fight, I want to see the next Level of an S. Link, or vice versa. I'm very surprised by how much dialog is changed. For example, Junpei now has a problem with taking orders from a girl. At the beginning of P3P (Playthrough 1), I only had 2 or 3 Personas, but learned that was a problem.  I've also shifted some focus onto doing side quests, which I almost completely ignored. Now that I have a better grasp of how this series works, I'm enjoying P3P in a different way, and super hyped for P5.

I'm a big fan of the Double Fine comics, but an even bigger fan of their games. My favorite video game characters are from Brutal Legend and Psychonauts. When I think about them, I don't immediately think about gameplay, but rather it's characters and locations. Even though their worlds are over the top, they are still about real things, with Psychonauts being about the childhood experience that most of us have had, And Brutal Legend being a huge love letter to a music genre with a lot of history. And despite Brutal Legend being the less appreciated of the two, it still has something that Psychonauts did not: a budget that could afford the things it was referencing, like having Ozzy Osbourne, and Lemmy, and over 100 songs from the genre it's world was based around.  So as a huge fan of these games, when I saw this, I had a huge smile on my face. I don't know what the crossover is with Double Fine game fans and Double Fine comic fans, but I thought I'd share it.

I'm surprised by how much I didn't know about this game. I thought that the S. Link/Real World stuff would take up more time more than the RPG/Dark Hour, but it was the exact opposite. But the game was anticipating this, and basically gave 30 Fixer-Uppers, the "Plumes Of Dusk", which when you die, revives and brings the party to max health, and cures status effects. I already addressed this, just felt the need to expand. The game's tone is really weird, the game in the real world is mundane where you spend your time studying, hanging out with friends, and shopping. But then, there's also the Dark Hour stuff, where these same characters are casting Fire attacks by shooting themselves in the head. But the strangest thing is: It took me a while to realize how crazy it was. I'm not sure if it's because they explain the concepts so well, or the characters are believable, or I knew ahead of time so my head had time adjust to it, or all of the above but it did.

P.S. I forgot about the blog, so I started this just a bit after halfway through the game, but I'll probably restart on normal as the other protagonist.

I started this later than I thought I would, mostly because I can't shake the temptation to play P3P more. The largest surprise for me is how often you need to enter Tartarus. I thought the games focus was more on the high school/S.Link stuff, but it turned out the opposite. This believe lead to my multiple deaths on the first few Full Moon encounters. I started off being annoyed by the sounds during combat (Fuuka / Mitsuru's voiceover, dialogue before persona skills), but quickly realized it was basically the grunts from action games. So far, I've been enjoying it.

Luchadeer should be in Super Scribblenauts. That is all.

This year has been a year with a lot of releases in unexpected places. By that, I not in October and November. However, that might be a bad thing for smaller developers, as large games like Battlefield: Bad Company 2 and Red Dead Redemption are now releasing around the same time as Yakuza 3 and 3D Dot Game Heroes. A reason BioShock was such a success is that nothing was coming out at that time. But if Call Of Duty, Grand Theft Auto, and Madden come out at the same time as a Persona, (Because this is Giant Bomb, after all) it would not be anywhere close to what it sells now. But because large releases are appearing all over the year, this situation could be reality. I can probably name one big title for every month this year.