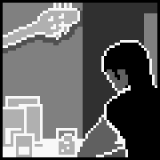 I hope this review is one of many phases of the Giant Bomb relaunch. I haven't felt served by quick looks lately. Back in the day, they were a combination of funny, insightful, and well-curated. They would usually get right into the main action, spend 20-40 minutes there, then go back to other modes and show other features.

These days, the cast of quick looks is so limited that there's no dorm room or casual meetup feel. It's people in silos talking to themselves. The Call of Duty Vanguard quick look is solo Jeff. Isn't CoD one of the biggest budget games of the year? Forza Horizon 5, same deal. Age of Empires IV, same thing. The value of solo videos is almost on par with uncommented videos all over YouTube. It doesn't feel curated the way Jeff talks about in this review. Sometimes they don't even go through all the modes.

I don't know if it's SEO or what. Do you have to post Quick Looks the day the game launches, just like you had to post reviews day one a decade ago?

The Bombcast is in better shape, but I wish some of those conversations were being had on quick looks rather than the podcast. Being able to show the gameplay rather than just talk about it is helpful. Live gameplay can react to what you're talking about. "Let me show you this car or this challenge". Jeff kind of alludes to it here- why get a text review when you can watch a commentated video?

This is the first new show I've enjoyed a lot. Feedback?

- Bakalar is too smug for someone who genuinely doesn't know and is talking out of his butt sometimes. It would be nice if he had more of a Dan "ready to learn" attitude.

- increase the cast? It's good now but I want more reactions to Dan's ideas.

I can attempt to answer Dan's atom theory since I took Physics 1 in college.

Electrons are an insignificant part of the total atom mass.

There are 4 major forces in the universe. The "strong interaction" is the strongest force in the known universe. It's so strong that the major uses are: the SUN, and nuclear power / nuclear bombs. Think that a nuclear bomb can fit on a plane, and splitting apart its atoms releases enough energy to level a city. Fusion is putting atoms together. We haven't figured it out yet, but the sun has, and it's powered all life on Earth for 4 billion years. So atoms are at no risk of spontaneously coming apart. (Except in radioactive decay.....?)

This comes across as mean-spirited and pointless when most of the hosts have never heard Weezer. And I -hated- this album.

Thought this got announced as "first episode will be free and the rest will be behind a paywall". Oh well.

Sometimes it's like they have a running contest on how long they can go without saying what they're talking about.

Why isn't this a quick look? It's new DLC for a game.

Having finished the video, they didn't even cover the whole game. What happened to Quick Looks giving a taste of every part of the game? Show me the music player, dang it!

I cannot believe Brad was missing the most obvious gameplay hints in Sunshine.