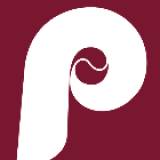 Thoughts on Too Human compared to Hellgate....

After playing the heck out of Too Human for 5 days, completing the single player story, it's now very clear that this game is simply unfinished. It feels like 1/4 the size of what supposed to be in the game, content wise. There are only a handful of environments to replay over and over to cap your character out after that. This is really the main letdown with the game. The fighting and loot gathering is fun (it's my favorite genre, very diabloish) but I find the pacing in Too Human to be off. The good gear drops far too often, to the point you never get comfortable with the stuff you have(like in Diablo for instance holding onto a weapon for days, were talking 30 mins in TH). The palette in the game is a bit uninspiring, although I did like some of the cyberspace levels. You don't even learn the final power to use in cyberspace until the end of the SP campaign,something that feels should have been introduced long earlier, or to put it simply, the game ended WAY to early.

I was all excited after getting back from the final mission, I slam my hammer through the glass table, and BAM! Black screen and credits. Even with a trilogy, game one needs to be complete, and this just isn't complete. I wonder if MS told SK that times up, that's how the game feels, as well as it's unpolished feel and horrid path orientation in the game (can't run over grass?..come on).

I get a very "Hellgate" feeling when I play the game. I have to say, I think Hellgate is essentially a better game than Too Human overall. The environments suffer in both games to be clear, but Hellgate offers far more quests and things to do in a much more non-linear path compared to Too Humans rigid quest progression. There is basically no side quests, just a few main quests that seem to drag on far too long.  The multiplayer  Co-op in Too Human is terrible compared to Hellgate and really not comparable to be fair, the bosses are probably better in Too Human, but the everyday enemies are far more generic than Hellgate's(reminds me of Space Siege's in Too Human), the loot in Hellgate is far superior looking to Too Human's. Simply googling high level Hellgate Characters compared to Too Human characters will show this. The story in Too Human is far better then Hellgate's, but it's rushed and incomplete so it falls short. The pacing in Hellgate is better between loot drops, and the weapon customization in Hellgate is much more advanced. Obviously, these the old Blizzard North guys know a little more in this department so it's a bit unfair, even though their game was far from great. In Too Human, the rune slots are underused in weapons/armor early in the game, so the best customization in the game doesn't happen until after the SP campaign, which is clearly the most exciting part of the game, not replaying the story or playing multiplayer(which you miss out on the story completely). With Hellgate, after getting to about level 27 and finishing the SP campaign, my character felt powerful and had very decent gear. with Too Human I felt nothing like that, in fact I felt my character was far from the half way mark at level 30. Finally with Too Human, the charm system feels completely tacked on and you never even feel the need to look at that screen. They were trying to make it more interesting, but again, that system feels incomplete.  I could go on, but these games mirrored each other in their failings a bit, although I love the cutscenes in Too Human, something sorely missing from Hellgate.

I stuck it out with Hellgate for a few months and got my money's worth at the very least and got to meet and play with quite a few good people, so my experience there is obviously more involved over just playing Too Human for a few days. I felt the need to comment on this comparison though as Denis Dyack made a comment back at GDC on the shortcomings of Hellgate, yet his game fell short on many fronts, and many times fell short in comparison to Hellgate. I wanted to like this game much like I did with Hellgate, but it's just incomplete and seemingly trying to do too much.

I just sold my copy of Too Human, as I really don't find myself playing much of this game and I surely don't want to replay the SP campaign, even though the cutscenes were nice, that's simply just not enough. I would rate this game around a 6/10 overall, maybe a little less being that it feels so content incomplete.
That being said, I'm waiting for the next Too Human and will certainly give it a rent next time around if it ever happens.

Savage 2 on STEAM for 10 bucks..great deal

Can't beat that deal, just picked it up after having a Demo account for a while. Savage 2 is one of those games that's deep, but once you get the hang of things, it's great fun. They're a small PC indie, and it's never a bad thing supporting these guys, especially for doing something new and fresh.

Username is Dozilla if anyone's playing.

when work isn't crushing me :(