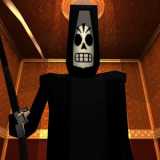 I originally played halfway through Ori on the Xbox One when it first came out. To prep for the new game I decided to hop into the Definitive Edition with Game Pass. Upon launching the game I got an error saying that my data couldn't be synced to the cloud right now. I could either try again, which resulted in the same error, or continue offline. I continued offline and played the game for a few hours. I was still receiving achievements and they show up on my Xbox Live profile.

Smash cut to today when I want to play again. This time I do not get the cloud error. However, when I get to choose my save file there is nothing there! I saw that the save is usually located under my local app data, but there isn't even a folder for Ori! I then thought maybe that I could sign out of my profile from the Xbox console app, but then the game forces you to sign back in anyways. Am I to believe that because I continued in offline mode the game just didn't save any of my data? That seems insane.

Does anyone have any other thoughts here? Should I just wait for the sequel and let this go?

@jarno: I am also experiencing this. It seems to be that when a video finishes whatever video is going to try to play next is added to the Continue Watching queue.

I did easy survival with every character, got to silver online, and did the individual stories. You can beat the stories for the original cast in under 40 minutes. This levels up every character a decent amount and I had around 270 thousand fight money. Yes, the fight money slows down considerably after that.

Also I'm not saying the season pass for this game is great, but it's very up-front about what it is.You get all six season one characters and a premium costume for each of them as they're released. They didn't trick anyone. That's always been the description. Take the only other fighting game using a similar model, which is KI. The season pass is also $30.00. You get 8 characters and stages, but no cosmetic items or costumes unless you pay more money. Except in KI there is no way to theoretically unlock any of the content for free.

I get that the system isn't perfect, but people rail on SFV way too hard. Especially when we have games like Guilty Gear that add five new characters, a few stages, and a non--playable cinematic story for $60. Also, surprise if you didn't buy the game before June 21st you have to pay for two of the five characters!

I just built my first PC. It's the first PC I've had in years that can actually play modern games. Due to this fact I don't really have any graphically intensive games to test out on Steam. I do however own Killer Instinct, so I figured I'd try that out. I can't though. The option to download the game is grayed out, and it says the app is not compatible with my device. I looked at other games, and I can't download any of them. What's the deal with this?

I ran wsreset, but nothing changed.

So does anyone know if the music that plays in the direct when they show geno and the chocobo is in the game? The forest maze song from SMRPG is so good, but I have the suspicion its just to hype Geno in the direct.

@akuyaziI was able to get a code from EA the week before Rock Band 4 launched. I spoke with one of their reps in a live chat. It all depends on who you get, because I've been hearing varying reports as to whether it actually works or not. The guy I got told me that he thought all the codes were expired, but gave me one anyways. When I input it into the PSN store on PS3 it downloaded "Rock Band 2 Export Key." It did not allow for export, but merely put the ability to purchase the Rock Band 2 export pack into the Rock Band 3 "Get More Songs" menu option. I had to pay $9.99. Once I purchased that I was able to export all of my Rock Band 2 songs.

I would try again with another rep. I told the one I spoke with that I was aware that Harmonix took down the web page, but was willing to pay for the ability to export my Rock Band 2 songs to Rock Band 3.

I got this, because I have loved Godzilla games in the past.

Does this game deserve a 4.5 from IGN for poor graphics and repetitive gameplay? Absolutely! However, I do still think it's a fun game, especially if you're a fan of Godzilla movies. The roster is fairly large, with varied environments. The single player is certainly the worst part. You control Godzilla and try to destroy as much as you can. The goal of each level is to specifically blow up generators, but the more you destroy the bigger Godzilla will get. This is fun twice, and then gets super boring.

The part I legitimately enjoy is fighting other monsters. I played the online quite a bit last night. Yes, the monsters are very slow and turning is kind of rough. Other than that it's a super dumbed down fighting game. Triangle can throw and sweep, circle is a blast attack, X is a charge, and square is a basic three hit combo. You can also collect parts from the single player to upgrade the monsters abilities and get more moves.

I pre-ordered the Little Mac Amiibo from Target's website. The day it was supposed to ship they cancelled the order. Apparently Toys R Us cancelled all of their orders for the newest few Amiibos as well. I scrambled to find Little Mac somewhere else, but every single online store is out of stock. Sorry, I could get it on Amazon for the hot markup price of $35.

Either this was a large screw-up on the retailers part, or Nintendo is producing way too few of these things. In this case the thing was basically discontinued before it even saw a retail release.

Man, Digimon World 1 and 3 were great games. 2 was not so hot, but you're right that 4 was a hot piece of garbage.

What's crazy is that I tried to play it shortly after I had played a whole lot of Phantasy Star Online on the Gamecube. It tries to emulate PSO to a scary degree and fails in almost every way.

I also bought Data Squad for like $10 a few years back. I didn't play that one very much either...

I found this handy GIF that shows how real Shulk is.