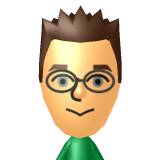 Be sure and PM me so I can add you too. Going through the list but it takes forever.

Sorry Duder, You wrote too much. I stand by what I said to my friend after beating the game. Ubisoft kept telling people it was OK to jump into AC3 without having played the previous games. That is simply not true. AC3 was the anti ME3. Whereas ME3 was really disappointing at time to long time fans. AC3 was a love letter to anyone who has played all the games and thoroughly enjoyed them.

If you hadn't played the previous games it was one of the most monotonous games of the year, the pacing was a mess.( I am truly baffled at how a game could be so brilliantly paced at parts of it but than be so horribly paced for the rest of it). If you had played the previous games it was fucking awesome as hell at times. It was clearly made for people who invested a ton into the series regardless of how I feel about its ending.

This without a doubt is the QFT of this entire thread series regarding ACIII. If you have not played and COMPLETED the previous AC games (including Revelations) then you have no clue whatsoever about this series. Don't spend one or two hours of any game in this series and expect to know what you're talking about.

Having completed all said games, my humble opinion is they tried to do just a bit too much. But the majority of the game worked and the story was told rather well. The final scene with Connor and Charles Lee totally paid off. The battleship mission were flawless if and rewarding. The only thing I didn't really care for was the economy and building the group of assassins. In the end I just had the one. I couldn't get around to how to find others. As for the economy I felt that it would've been better to just earn money based on how far you delved into the homestead messions. You shouldn't have had to buy stuff, create convoys, etc, just for a few bucks. AC2, Brotherhood, and Revelations did the economy perfectly and they should've stuck to that. In the end, it was only good for building up money to improve your ship anyway.

This game was my GOTY regardless. Despite the flaws there was much love put into it and I can't wait for the next installment.

Just finished. I thought Conner was the best assassin we had. Sure Ezio seemed to fight more for a cause but there were three games to explain it. I'm sure we all knew Connor wasn't only going to get one game. As far as Desomond is concerned I dont think we'll see the last of him, but he is a weak character. Having played and finished all the games, I loved ACIII the best.

I say anyone who skips it is retarded with a big R, especially if you enjoyed the first two assassins. You don't have to 100% the game, but the main story is excellent and caps off everything quite well. $@#K the haters!!!

I'm sure this is because they want people to play with the Game Pad. What gimmick does the Game Pad do in Mario?

here's the best part: Nothing

Well the gamepad is fine when you're playing it. But for a second player they should've supported a pro controller. Who the hell likes to use the wiimote as a normal controller?

Are you fucking kidding me? What is the point of having the Pro if you're stuck using the stupid Wiimotes??

Seriously, if you want a 2nd analog stick buy a Vita and shut up. I hope they never make one just to keep pissing you people off.

Great, now they should release games worth buying for the system.

However, when we first saw this game at E3 awhile back it looked like the pinnacle of the Kinect experience and the ultimate SW game to be played. Then all we get is a subpar story and dancing. What has the world come to?