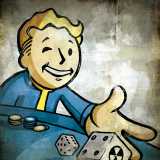 @fantecy: The Fury is fantastic, but my favorite de Palma, and, by extension, my favorite film, and the last film my eyes feasted upon is by far Phantom of the Paradise which I would rate something like 101/50.

@meatball: dude, we are like totally simpatico. Like Dragon Age: Origins felt like a heap of dark fantasy tropes married to unoriginal combat. DA2's isn't fantastic, but the story is soooo much better than its predecessor

I adore Dragon Age II, which is always a mildly controversial opinion

It's almost impossible for me to abstract my feelings on Sphere (I find both the film and novel to be incredibly tedious and just sort of aggravating (which is kind of my feelings on Micheal Crichton, and the works adapted from his unpleasantly interminable prose, in microcosm)), so, in answer, potentially? It really depends on the quality of the work in question. Like an discussion of two interesting things could compound the potential pleasure derived from such analysis, so, like, as long as the novel and the film transfigured from it are quality, then why not? I'd prefer ignoring awful adaptations, cuz they always eventually regress into pointless criticism of how the film misses the point of the novel, which is just useless. So, like, as to what I'd like to see as the next Bomb After Reading: I'd prefer something that's novel precedent was already exemplary and the film antecedent is equal or higher in quality (the two that immediately spring to my mind are Solaris, an amazing film that's novel form is also interesting, Crash, because I really like the idea of Dan Ryckert talking about fucking in car crashes for 3 hours and change)

Can I judge this based solely on the trailer? I steadfastly refuse to see the film

Hey, just picked up my PS4 a couple days ago and would love to fill out my rather thin friendslist with some Bombers!

Just add a little something bout GB in the request message

Allô everyone! I am extremely new to Dota and was looking for some self-described knuckleheads to learn to ropes!

You Location And Which Times You Are Available to Play: EST - After around 3? to about 7? IDK Times Can Very. My corporeal form is located in Erie, PA

Favourite Hero/Role: I've barely played, so I have yet to form any opinion on the subject!