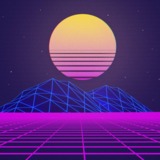 Some more progress. Enemies can now attack and defend.

Some initial progress! Fairly satisfied so far. Inspired by watching Ben and Jason play one of my favorite games ever, I settled on making this very prototypey-looking tile-based game heavily based on God Hand-esque combat.

I'm still debating the game's story and concept, but the next gameplay ideas I want to integrate are dodging, counters and a God Hand-esque pummel special attack. You'll also have special sideways attacks for when there's enemies to the side.

I am very much not an artist so I'm really struggling to figure out how I'm going to integrate the GB people into it. We'll see! That's probably what's going to take the longest time.

Gonna give this a go! Been looking for a game jam to take me away from my current projects.

As a programmer, my recommendation is just find something to work on that you find interesting or fun. Programming is a tool, what you're doing with it is far more important than the tool itself. The world is full of self-taught programmers that learned how to code out of necessity for building something they had a clear need of.

I've tried Shenzhen I/O and TIS-100 and while they're very fun and they trigger the same parts of my brain that make programming fun for me, they're nowhere near close to what real programming is about. Yes, some of the logical aspects ARE there, but no amount of programming fake microcontroller-powered appliances with Shenzhen will teach you anything about making websites or videogames or whatever your friend is interested in. It will probably not teach you anything about microcontroller architectures either, and honestly, if you know NOTHING about programming and approach it with the intention of learning instead of treating it as a puzzle game, you'll get more frustrated than anything else.

ID: @dstopia. Hopefully this is active too...

It always helps to take it like someone just flung their controller across the room and gave up in frustration, and have a good laugh at it.

I'll preface by saying I'm not American, but:

Guns, for better and worse, are part of American culture, and have historically served to both harm and protect. Sadly, more often the former than the latter, especially of late. I do still support the 2nd Amendment in general. A disarmed citizenry is susceptible to tyranny, and I simply do not trust our government enough not to seize more power/influence if given the opportunity. That may sound a little tinfoil hat or whatever, but I have truly lost faith in our political system to work for the betterment of its citizens, regardless of which party is in power. The only things they can agree on are what serves their interests, so I'd prefer citizens retain a major check and balance. Moreover, I value hunting tremendously as a hobby. I get that there are people who don't like it or understand it, but the appeal of hunting to me is not satiating some kind of weird bloodlust, it's about unplugging from everyday life, restoring proper habitats, controlling populations for the betterment of the ecosystem on the whole, and just preserving the purity of the country itself. There is significant value there, both for me in enjoying it now and for helping to pass down a portion of the world that's largely unspoiled by what we as society term "progress" of urban lifestyle.

I'm sorry to say that I think anyone who thinks what you just posted here is in need of a dire reality check. It's not the 1700s anymore, and governments, especially the American government, have access to an immense power of physical coercion that goes far beyond what random people with AR-15s can actually do. I'm not talking about helicopters and tanks, I'm talking about the full-fledged power of the entire American military and its allies. I'm talking about the ability to starve you of food, water and power. If you think you're safe from "government tyranny", you've already lost. You're fighting a war where the victor has been rejoicing in the spoils for more than a century.

There is no way any armed insurgence in the US would have any chance of winning without either taking some form of control of the military or getting outside help (which is how every single modern civil war occurs). The romantic idea of some people in the middle of nowhere resisting against the government with their hunting rifles might sound nice coming from the mouths of people wanting your votes and your money, but it speaks of such a deluded perception of self-worth that it immediately makes any sort of pro-2nd amendment argument absolutely inane.

I have barely skimmed the rest of your post, but I just wanted to point that out. The 2nd amendment looks dumb to anyone living in any country that's not the US.

@zaccheus: 12-13 year old me was way into finding the lamest and whitest music possible like Limp Bizkit, KoRn, Eminem, Linkin Park and thinking it was all really cool and edgy. And I know there are people here who genuinely like some of these artists and that's cool, I just couldn't go back listening to any of them at this point.

You described me and a bunch of kids that age.

Honestly I think the only reason I ever got into Limp Bizkit was because I'm pretty sure My Generation was the first music video that popped up when I first started watching MTV. It's so fucking lame, looking back now.

I still think Limp Bizkit's first album has a few things that are listenable nowadays but everything else is just garbage at this point. I still cherish it as a moment in my life but no one's missing out on anything by not knowing who Fred Durst is.

Oh fuck yes. Now I kinda want to get this.