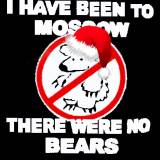 Big fat disclaimer: I wrote a blog http://www.giantbomb.com/profile/dudeglove/deconstructing-dante/30-78412/ a couple of months ago about the trailer for the latest entry to the Devil May Cry franchise. Taking the same approach as before, I have waited a bit for the uproar – if there even was one this time – from E3 2011 to die down.

So the following is a critique of the latest trailer in terms of gameplay and what I think the narrative might be. As I drone along I'll be referring to points from the previous blog.

In other words, none of this is final, but it might be fun to take a stab at analysis, rather than resorting to ignorant remarks like "huh new dante is twilight fag derp" (you can find those on YouTube if you so desire).

Here’s the video in question, which I spent far too long attempting to screen grab. Needless to say, I'll be referencing it a lot throughout.

The bad: In the previous titles the first enemies you come up against are stumbling/shifting slightly-disproportioned cannon fodder that only have melee attacks.

Also, some big fat mini-boss dude charging Dante that, when dodged, probably stuns himself by slamming into a wall giving you a window of opportunity to fight back? Sigh.

The good: While the design appears lazy, they appear to have given the cannon fodder enemies different weapons meaning Dante will probably have to mix it up rather than just mashing away. Also...

Is that some sort of invisible concrete snake monster tearing up the streets? Count me in.

The bad: What? Old-European architecture and cobbled streets?

Also, there's no footage of any platforming

The good: Oh ho! What's this we see in the cathedral section of the vid? Wide open spaces? Freely moving camera following the fighting up into the air ? You mean I'll be able to actually see what I'm attacking now instead of periodically getting fucked by some cheap attack off screen? IS THIS FEELING CALLED JOY?

Yes, granted this might not apply throughout the whole game, but it's certainly better than the shitty castle corridors of old. Also, did that fat mini-boss actually slam into the door? And did Dante just impale one of those mannequins against a wall?

Will the surroundings be more than just cosmetic and have a useful purpose for the player, as opposed to just some flat plane demarcated by invisible walls with occasional clipping issues that make no goddamn sense? Remember how Dante threw a car in the previous (albeit cinematic) trailer?

The bad: The all purpose transforma-sword and the guns from the previous trailer are still present, but nothing else. Also, ask any gun aficionado and they tend to get annoyed by the representation of M1911 pistols in video games, because they're not actually that goddamn large at all.

The cover of previous Hitman games is looked down upon in particular. But hey, it looks cool... right? :|

The good: I made comments before about how farcical some of the swords in previous installments looked. Nero having a goddamn engine attached to his Red Queen sword wasn't exactly... subtle.

But look! Dante's new sword is fairly conservative in its standard appearance.

Yes yes and yes. Less is more. Shiny bits and whatever aren't necessary. But the whole transforma-sword business... Well, maybe it will be some kind of Mega-man/Metroid thing. Dante crushes some boss and his sword absorbs them (not a new concept, of course), granting new abilities and the like. Or part of the inevitable upgrade system. From here lets go into...

The bad(ish): Most of Dante's classic moves are back on display.

He's still got his juggles with the pistol...

...And the regular sword combo stuff.

But there's not much in the way of depth seen from other Capcom fighters and Bayonetta. By "depth" I mean dash cancels and various last second dodges/blocks (e.g. DMC3's Royal Guard style). Swiping away at the big groups all at once seems too God of War for my tastes...

...but all the same Dante seems to have more crowd control than previous titles both on the ground and in the air. Also, the Bayonetta-esque whip/grapple thing in mid air looks as though it will keep the combos going. No quick time events on display either... thank fuck.

That's all I want to say about the actual gameplay from the trailer. I'd like to turn to what kind of narrative the two trailers are teasing us with. There are several key moments in the clip at the start, where the walls have messages in blood smeared across them.

Then, soon after, Dante's world goes from being this gray back drop with some folk milling around...

...to all bright and colourful

With this change, certain things happen that piqued my attention. For instance, this security camera on the arch?

After the warp, it becomes some sort of CCTV monster.

And then less subtle things happen, such as the invisible concrete snake thing tearing up the streets, buildings crashing together and all the pews in the cathedral suspended in mid-air that return to their initial positions after the fighting ends.

So what does all this mean? Well, bearing in mind the previous trailer where Dante (if it truly is Dante) is being interrogated - or rather "psycho-evaluation treatment" as the narrator puts it - and seemingly going through tortured violent flashbacks, I think that Dante is going through psychotic episodes. I have this nagging idea in my mind that Capcom is trying to tell us Dante is suffering from some kind of mental disorder. Heck, it could even be something as innocent as lucid dreaming than just plain old schizophrenia. Well, why pursue such a plot line?

How about this for a stretch of the imagination - Dante is no longer fighting the demons around him, but rather the demons inside him manifesting themselves in his warped waking dream-state. If they want to be really edgy, it could end up that Dante is going around actually killing normal people, as if he's somehow being tricked like Hercules was into murdering his own family, hence him locked up Saw/Guantanamo Bay-style in the previous trailer. Yes, the "It was all just a dream" idea is hackneyed, but at least it's something other than the previous titles' lines of "This dude wants divine power and it's up to you to stop him!" Or he might even be being conditioned to do so by the bunch of people whoever locked him up in the first trailer. For one it would explain the "What is your name? What is your name?" spiel from the Tokyo Game Show reveal.

But that's not why you're really here. You want to know about the hair.

C'mon, people, the whole hair debacle was always going to get resolved by some plot device or gameplay element. In this case, Dante's hair drastically changes when he goes into what can only be assumed to be Devil Trigger mode in the trailer. Note that the surroundings around him become blurry and distorted as well, which I think backs up my psychotic dream theory. Don't forget that the previous trailer and other images have shown him to have a slight semblance of white hair on the crown of his head.

It's simple: over the course of the game, as Dante delves further and further into the dark recesses of his own mind and his powers increase, his hair colour changes accordingly. Capcom and Ninja Theory didn't show Dante with dark hair beforehand to piss you off - although some fanboys out there certainly did take it personal - they did it to build a base for the eventual plot.

I'm done for now. Overall, based on the two trailers, I can't find too much to viciously complain about in terms of gameplay, or the game in general. If anything, I'm genuinely positive about its upcoming release. The only thing missing currently in terms of plot is dialogue and extraneous characters - if there are any.

And one last thing you didn't see in the previous trailer:

Yep, it's a Devil May Cry game after all. Deal with it.