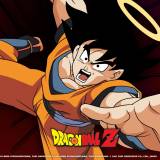 Consider a graph as shown above. The way we measure the "hardness" of learning a particular operation is by judging how well our performance is. The quicker we get to a better performance level, the easier the operation is and vice versa. As you can see, a steep learning curve would mean that we achieve a higher performance quicker and consequently implies that the operation was easy to learn. On the other hand, a shallow curve takes a longer time to get up to speed and thus implies a harder operation.

So next time you talk about how god damn difficult Super Meat Boy is, remember .. the difficulty curve is shallow, not steep !

P.S: The axises of the graph are based on Machine learning conventions. Though I can see a few ways to contradict my own point .. but I'd love to hear your take or counter take on it.

UPDATE: Holy crap .. and here I thought no one reads a word I post ;)

Actually, I think I need to clarify a couple of things I wrote above. As you can see in the P.S section of the blog, I was having a discussion about Machine learning where a learning curve IS measured as a graph of performance over time. Of course, this is not the way we use it in general conversation. I think Onno10 hit it on the head with this graph here:

If you look at it, both graphs are correct in their own sense. They just show things in a different manner. The measure of performance is inversely proportional to difficulty, so of course the graphs are antithetical to each other ! In mathematics, I guess it's easier to get a measure of performance as compared to getting a measure of difficulty, hence we use the "inverted" graph of a learning curve, so to say. And of course, an assumption being made is that performance is a truer measure of determining how much you have learned. Again, this is open to debate and I am much aware that when someone uses the aforementioned phrase, they are talking about the amount of things to learn versus time, instead of a performance chart.

It's just a different take on viewing something that we are so used to viewing in a completely opposite manner. I am glad it generated such a discussion.

UPDATE 2:  Again, I re-iterate .. the concept of the learning curve above was in the context of machine learning. Performance .. easier to evaluate, Difficulty .. not so much. Hence the inverted y-axis. In our day to day conversation, sure .. difficulty vs time is the accepted norm.

Also, I do not understand the concept of a wrong Y-axis. It's a graph representation where I choose to represent learning as a function of performance instead of things to learn. Both the graphs work, just that they show things in a different way.
54 Comments
Load Comments