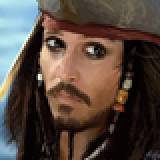 What games should I get?

My PS3 has been collecting dust since my HDTV broke. I got a new one this black friday, and I need to get it fired up again. Last game I played for it was Killzone 2 and didn't beat it. I'm going to be beating that and getting gamefly for the rest. I plan to get beat Killzone then might get KZ3(is it even worth it?). I want to beat the Uncharted trilogy then IDK after that. I haven't paid much attention to the PS3 line-up since. What game do you guys recommend me getting?

I was playing Forza 3 and I noticed something. Why doesn't the computer upgrade their cars to match mine? I have it with no assist on hard in a 06' Focus with like 2 engine mods and suspension work. The computer is in stock car of the same E class and I easily outrunning them. Now what if the computer upgraded their cars randomly? The engine for Forza 3 already can upgrade your car to the class that you choose. Why can't the computer use this same system on there cars? This would the game more random in the type of cars you face. So that Scion tC that is a lower 203 in the E class race can be upgraded with the rest of the cars make the race muce more exciting. What's the point of upgrading your cars if you opponent isn't doing the same?

Coming from a non-halo player....

This game is amazing! They put everything together from all 3 very well, no more dual-wield, Yes there are no Battle Rifles but if you burst fire the Assult Rifle is performs close to the BR. No dual wielding feels great, also reach having more gravity that Halo 3 makes it TONS better. I played a bit of the campaign and I enjoyed it very well your teammates are pretty cool and makes you want to play with them. Firefight is my favorite offline mode, I've put in alot of hours on that. The multiplayer feels alot more balanced than I thought it was going to be with the armor abilities. GOTY!

Currently playing Bayonetta and DarkSiders, I get some Dirt 2 and Modern Warfare 2 at nights to put me to sleep. Also dropped Batman after getting bored, didn't see the big deal.

I might, MIGHT pick fallout 3 backup, My friend is lending me Mass Effect today, I'm going to try to finish it just for the heck of it, mostly because I found out how much of an ass you can be in that game ^_^. And at some point i will beat Killzone... I need a new TV >_<

The Most Wasted Franchise in the History of Gaming

Nintendo, said it didn't need online, that you didn't need online play to have fun. For the most part, they were right, the Wii sold amazingly to the surprise of many, including me. Where they were wrong in all this was, they had one off gaming more successful franchise ever, Pokemon. When the Wii came out, Pokemon wasn't at its prime but was at the point that it needed a boost, like Mario received 3D. What did Pokemon need? simple, the one thing Nintendo "didn't need", online! I can find very few people, almost none, that would disagree that Pokemon could possibly destroy even WoW if it was online. For years we captured and raised our pokemon for what? To fight! All we ever wanted to do what fight them against are friends and people around the world. When the current generation consoles were announced, all you heard from gamers was Pokemon MMO, over and over, but Nintendo shot all that done when they said the Wii wasn't going online. Looking back at it now, Nintendo let a Juggernaut die out  and become just a well known hand-held game.  I think there love for Mario doesn't want to let Mario fall from #1, but Pikachu at one point was more known then even Mario. Nintendo will never have to bite there words because the Wii didn't fail. But were all left with the "what if", Where would be now if the Wii had a Pokemon MMO? It would change the direction of many games fighting Pokemon for gamers attention. In my opinion it would have taken this generation by storm. Nintendo would win this war easily. What do you guys think?

Put up a pic of me, should explain my addiction to the predator better...

Why Camping is such a big part of Modern Warfare 2!

I figured it out! An end to all this CoD4 vs MW2 talk!

In CoD4 it was harder to get kills so people camped. So instead of fixing that, they made camping part of the game. So instead of who has more actual skill aiming its about who can find the best spot to camp. But instead of camping, its more like holding down a position.

Camping is when you sit in a spot not even looking for people, just waiting for them run pass you so you can kill them from the back, that's camping! What you do in MW2 is run to a position, pick off any idiots running(used to be me). Then move to a next spot that is at an angle of where you were. So when People are going to where you were you pick them off and repeat. The reason the maps have very little open space and long alleys for straight shots. If your going to move, unless you are positive your clear, DO NOT RUN! Look around and pick people off.

This is why CoD4 was funnier but noobier also. I don't care what you say, yes MW2 is a better game but it is different in the way you have to conduct yourself. CoD4 was funner to me because I was able to run around and rape people because I had a faster reaction then them. Those chances don't come around much in MW2 because it is very rare to catch someone rushing like me. All I find is someone waiting for me behind something. And in the situation, skills have nothing to do with it. If you want to rush... put on Marathon, lightweight, and commando. The days of finding people 1 on 1 and having a dual are gone in the game.

So sit back relax and sadly.... CAMP! Those who played clan matches in CoD4 understand because thats what you do in clan matches camp because if you run out you'll get scoped easy. That style is now what this whole game is about. It sucks cause I used to have so much fun have duals and then running into another dual. But the maps here don't support that :(

I'ma going to end this post with, Call of Duty 4 was funner to me, but Modern Warfare 2 is better. Even when I got lets say 27 and 3, I wouldn't have fun. because Kills to me don't equal fun!
Now games that i got 18 and 19 are funnier, because in those I ran around and found people win or lose we had quick duals. (mostly I find 2 or 3 people and i just get raped :( )

All this OTHER stuff...

I play video games to relax and have fun, if i wanted to move around and do shit, I'd go outside.  I've always hated the Wii, and now this Natal thing is pretty gay imo. I guess microsoft realized 360 has hit its max potential, So there going Nintendo's direction.

I hate all this Motion crap, people need to get out not stay inside.

Also this E3 was the worst imo...  it had nothing i wanted.

Where is that guy?