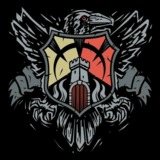 It's that time of the year when tax returns come flooding back leaving people with excess money & the need to spend it on random crap that they really may not need but feel obliged to get because thats what people do, I'm not strong enough to resist that temptation either.

Already having purchased the 360 & Wii like most gamers it leaves me with half the battle done, not being a huge fan of portable gaming since i never find myself needing to play games while out of the house. Which leaves me looking at the the beast of a machine called the PS3 for games that are becoming less exclusive by the day it seems- system sellers like GTA IV, Final Fantasy are also found on the 360. Is MGS4 really worth that huge price tag for a 20 hour game?

LittleBigPlanet seems to be the shining light for the PS3, every single time its shown to the press it leaves people in awe as to what it can actually produce. Who watched the Sony E3 press conference & wasn't amazed by how it somehow made boring statistics & graphs exciting to see. Games like Resistance 2 & Killzone 2 seem like less polished versions of halo without the amazing multiplayer experience associated with them...who actually loves halo for the single player campaign (not that it's not great)

I could spend $2000 on a mammoth gaming PC to play spore which looks freaking cool also, but worth the price tag? Starcraft 2 will be amazing when it finally hits next ice age which honestly would be a good time for it to release since we need to play something during that time other than Halo VII.