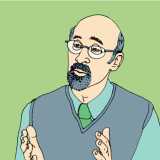 the lonely mmo, the end of the world draws me in.

Why am I playing this game you may be wondering, because final fantasy XIII-2 came out and the first thing that came to mind was "I always wanted to play XIV." If my memory serves me right the game came out with very poor reception, and still has a negative look on it. This is why it's being released as XIV 2.0, which in game lore wise means the end of a world, very interesting. I may have not been there for a the beginning and didn't have the hype that fans had and chopped out from under them, but reading up on and a quick impulse buy from gamestop set me in to see the end and beginning.

I've been playing the game for a while now, with college and work it's been random amounts of time ranging from maybe an hour to on a weekend sometimes 6 or more. I haven't clocked my hours but I'm not very far in, first of all I chose a Lalafell

Jahan Shark, Jahan is my stupid default spelling of my name John when playing fantasy games. Anyway, Lalafells are my Lilties of this world and I always like to pick the shortest characters in games because I'm a short dude.

I read up and chose Besaid as my server, and Ul'dah as my hometown that was on the up and up on population (at the time of the forum posts I was reading) with the poor reception of the game I suppose that's why there is so little people roaming around the towns and such, and anyone in the game now is higher level doin' whatever those people do. I couldn't talk anyone into investing the money to play FFXIV with me so me and my Lalafell were taking this journey by ourselves.

As far as I can tell, most guides and forums posts about this game are old and outdated, people aren't trying to figure out how to play the game because they're not playing, or have been in the game long enough to figure it out. So explanation for many of the mechanics in the game are explained through The Lodestone website and in game text, without it I'd be completely lost. Quests are scattered about Ul'dah and I've been following this main story quest so far, a few I suppose side quests of "collect the sleep nuts from nutgrabber marmots" which can't be taken seriously, seriously. Also crafting, so much crafting, I figured out how to start crafting things and that's led to many of the hours i've played running around for ore veins and trees for lumber, which wouldn't be to bad if I didn't have to change my equipment everytime I wanted to do a new task, auto equipping my tools for me would be amazing. The class system is wild, you are the class of whatever your primary weapon is, so gladiator is a 1h sword or a skillet would make a cook. You can change class at anytime and they all level separetly, even the skill points you get after a certain level are separate from the other classes. It's put me in a daze as to what I should do, leveling this so I can keep my equipment up to date, or leveling here so I can fight these, or leveling this so I have the materials for that. I suppose if I had many friends who were taking different jobs I wouldn't have to try and play to everything but that's what it is for a lonely mmo player in the ending era of a world.

I'm going to keep playing, mostly for the special mount that you can get at level 30 that can't be attained after the 2.0 wipe, but also because I like this final fantasy, Tactics/Chronicles kind of setting. As far as an mmo, it's an mmo, it's got some different things that make it cool, and some that don't make it cool. In terms of mmos that doesn't mean a whole lot, at this point in time it's playing WoW or finding one you like setting wise, or where all your friends are. In this case it's setting for me, and seeing out to the end to see the era change. People may not like how the game turned out, but I like how they are handling this rerelease in terms of actual games lore. I'm not sure why I'm playing an MMO by myself, broken down it seems kind of sad, but I keep leveling up, eventually I'll have to find some people to help me at some point, but until then it's just another lonely day for this XIV player.