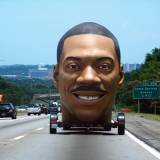 I made this video game for Molyjam 2014. I'm reasonably happy with it, although it has obvious problems. I kind of wish I'd not leant so hard on the "fuck AAA games" motif but it's too late to change that now.

Any feedback is appreciated.

We Made A Video Game: Ludum Dare 24

I'm just making a post at 2:31am GMT to tell everyone that my friend and I finished making our second entry to Ludum Dare. You can read about the first entry here if you want. I'm not going to say any fancy words about the thing we made, because it's 2:30am and I've been up a long ass time making a video game, but I am going to post a few screenshots and a link to the place where you can play it. Thanks for reading this and maybe playing it possibly.

Note: This is actually a blog post I wrote on the Ludum Dare website about the game a friend and I made for Ludum Dare 23. I decided to post it over here because why not, but it's a direct copy and paste so some stuff might sound a little bit weird. Basically, I am James and the friend I worked with is sstrandberg.

This was James' first LD (and first game jam ever), and sstrandberg's 3rd (although he has done other game jams in the past).

Overall, we're both pretty happy with the results. From the beginning our intention was to focus on the atmosphere and mood, and coming in 8th place for the mood category proves that we were at least moderately succesful. The rest of the results are more or less what we expected although I am particularly happy with 77th overall as being in the top 30% or so proves that I'm not totally and utterly useless at making games. One thing that results did teach me is that the Ludum Dare community are awfully sadistic. They gave us a 2.6 for humor, but the only "joke" in the game is that you get to murder your best friend. You sick bunch.

The coolness rating really is a bit of a let down. You see, one of the reasons I have made this combined account is so that we can both rate games and get that rating up. We both played an absolute ton of games that were entered, but sstrandberg being a forgetful bugger kept forgetting to rate them and I couldn't as the game was tied to his account, not mine. Still, people should know that we played loads of games and the vast majority were really quite excellent.

Some Things What We Did Do Learned

While we were both pretty satisfied with the results, there were a number of things we could have done better. One of our biggest failings, in my opinion, was that we had lots of clear ideas about different elements in the game (for example, we wanted a lighter in it as fire is a fun mechanic to play with) but we had literally no idea how we were going to implement this into one coherent game. So, we made the lighter, and then we were like "well now what?"

This is a pretty small example, but there were some bigger things that came into play. For a while, we didn't even know how the game would be structured. We knew where it started, we knew where it ended and we knew how we were going to hook this into the theme. However, we had no idea what would go in between these two points. In the future, we're going to have think more about implementation than we did this time if we want to get all of our ideas into the game.

Some Things What I Did A Learn On

On account of their being two of us, and on sstrandberg being the much better coder, I mainly spent my time being an asset slave over the weekend. I am not an artist, but it seemed like the role that I would be most useful filling. Now, having spent 72 hours being an artist, I have learned a number of things.

The main one is that, similarly to coding, you really need to have an idea on how you want to implement your creative vision. The initial plan for the game was to have you start in a lush, green area and have the word gradually degrade and tear apart as you got nearer to the end (that is what your mate (who we refer to as Fred) is on about when he says "shrinkening"). I started out by creating the lush green environment tileset that you can see throughout most of the game, and that worked totally fine, but when I then tried to tear it apart I had literally no clue how that would work. We were using Ogmo to edit the levels, and with how the visuals ended up looking I couldn't for the life of me figure out how to make it look as if it were degrading. I also underestimated the amount of assets I would need to create and also how much time I would need to create and prettify the levels, so that led to me pretty much completely abandoning the idea to have the world degrade.

Similarly, I was in charge of all the text stuff. Now, when we discussed how we were going to show the things that Fred says, the initial plan was to have a traditional RPG style dialogue box pop up with his freakish square face at the top of it. However, mid way through making that we noticed that it looked pretty cool just floating above his head as you can see in the game now. This was totally fine for most of the development time, but as we neared the end and I started trying to implement some of the things he said, I realised that it was super hard to tell a coherent story like this. I literally had to completely abandon the narrative that I had planned and instead just used Fred to drop hints as to what was happening in the world . In the end, this worked quite well for establishing mood and positioning him as some kind of sinister figure, but it's still a little bit disappointing.

Stuff What I Am Really Proud Of

Now, as I mentioned previously, I am not an artist. However, I have tried my hand at creating sprites and tilesets and what not in the past so I wasn't a total virgin. This was the first time I had ever tried to animate any kind of sprite though. With that in mind, I think the four character animations that I did came out pretty darn great. sstrandberg was the one who did the walking animation for the player, but the hammering, the shooting, the Fred dying and the Fred checking his watch were all mine. The shooting could have been a little better as I really should have put in a bit of code that started Fred's dying animation when the gun was fired rather than when the animation started, but the dying, the watch checking and the hammering are all as good as I could have made them, and that makes me rather happy.

The dying in particular, as morbid as it sounds, is pretty much my best contribution to the game. I wanted to make you feel really guilty about it as there are basically only two situations in which you would see that animation. a. you are a psychopath who enjoys murdering people or b. you messed up the only failable puzzle in the game and didn't have a spare key to get the artifact. In both of these situations, I wanted you to feel disgusted with yourself and to be filled with unimaginable shame. The way that the blood seeps down and the way in which he just becomes a gross slump of blood and flesh works really well to that end.

What Is The Next Thing What We Will Do

Basically, the plan is to enter this weekend's mini-LD. So that should be pretty cool. We will take these lessons to heart, and hopefully that one will come out better. Cheers to everyone who played and rated our game, you are the best people that exist.