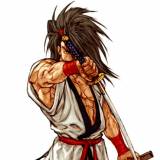 Splinter Cell: Double Agent is punching me in the groin

I love that on the prison breakout level:

Generally, I don't even entertain the question "Who would make a great [insert video game character here] in a movie" because it's a total waste of time.   Yesterday, however, I hadn't been playing Uncharted1 for very long before I realized that Nathan Fillion would make the perfect Nathan Drake in a movie.  Obviously, other people have seen this similarity as well if you take a look at the Nathan Fillion page on GB.   Additionally, Bruce Campbell would make a great "Sully ."

There's a lot of Bombcast episodes so giving quest hints like "They said it on the podcast" is akin to a professor hinting "The answer is in a book in the library."  C'mon!