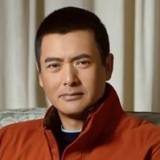 Yesterday I finished Chapter 2 of  my graphic novel and sent it off to my buddy in Portland via email.  Seems like it's getting a warm reception there, as well as some helpful criticism.  Next, chapter 3!

So I played Civilization Revolution yesterday for about 3 hours (the average time a game of Civ takes online), and I have to say that I was impressed.  Not really impressed, because there are some odd things the game does. Things like unit movement can be unintentionally automated.  One of the bigger problems I've had with it: when you get upwards of 12 cities, it's nearly IMPOSSIBLE to finish cycling through them filling up their build queue before time runs out (in a player match - which are always set to 30 second time limits, but you have the option of 1, 2 minutes, or unlimited time). Another irritating thing is how antiquated units, such as pikemen can take out tanks or AIRPLANES.  Also, I heard a rumor that the game was going to get patched pretty soon, and that the patch would fix some of the more obscure glitches with the game.  One of those is: the Americans can RUSH half-priced galleys, and then sell them back the next turn for a 5 gold revenue, making the Americans WAY overpowered especially in the early stages of the game.  Well, there's capitalism for you, simulated honestly in Civilization Revolution.

Still, the online game is unsurprisingly excellent, even with it's "noob-centric" feel and it's glitches, which says mountains for the core gameplay/turn-based-strategy mechanic, coupled with civ building, diplomacy, technology, and military conquest.  I wholeheartedly recommend giving it a rental, at least.