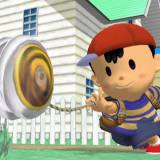 I just found out the Banjo-Tooie article I wrote a few days ago was finally accepted and you guys can check it out here. There are some writing mistakes but I have already fixed them, I am just waiting for them to accept it once again.

I am at work and it has been a really slow day so far. So in order to make time go by quickly I decided to make a contribution to this website by writting a pretty big article on Banjo-Tooie mentioning many details about this game which is probably my favorite game of all time. I have already sent them so let's the moderators will accept it. I wish I had added a few pictures but I was not able to do so because I think the proxy they use here is blocking the uploading of images. So i guess I will have to add them when I get home.

And if you are reading this do not forget to take a look at the post below. I really need some opinions.

So yesterday I finished Majora's Mask and I must say it was very tough to defeat all three forms of the final boss. I must have lost about seven times to the mask before I was able to land the final blow. I finished the game with eleven heart containers and around fifteen masks, this time I was not looking for total completion so I think I got a good amount of masks.

Now I have to make a tough decision. As I'll post later today on Gamespot, I purchased a bunch of new Nintendo DS games such as Final Fantasy IV, Wario Ware Tuched, The Worl Ends With You and Contra 4. I was thinking about playing Final Fantasy first but I would also like to play Donkey Kong 64, which was the next game on my to-play list of the Nintendo 64. I really don't know with which game I'll start. I have already finished Donkey Kong 64 twice and I'm ashamed to say I have never played Final Fantasy IV (or Final Fantasy II which is the name of the original game around here), so I guess it would be more reasonable to start with the latter since it is also a game that was recently released, but I love Donkey Kong 64 and it's been a while since I last played it.

So which one of those games do you guys think I should play first?

Unable to Grasp the True Form of Giant Bomb's Explosion

I'm at work now and I have been trying to figure out some of the features of this site. I was finally able to upload an icon after many attempts and now I'm trying to discover how to edit some options of my profile and how to create some lists.

By the way, just a small gaming update I may post later on Gamespot. I just reached Stone Tower Temple yesterday and I plan to start exploring it tonight. I can't wait since this is my favorite Zelda temple of all time as some of you may know since I posted a list with this theme a few months ago on my profile on Gamespot. I think it has a pretty intelligent design and there is nothing more surprising and overwhelming than walking into it and noticing that the Temple has just flipped upside down.