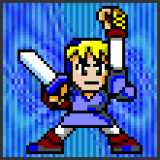 Clones & Memes: How Kojima uses repetition to create a mythos

Snake, we're sending you into an isolated environment to find and destroy a bipedal nuclear weapon: Metal Gear. Before you reach it, though, you'll likely have to do battle with a helicopter, as well as a sniper who is probably a beautiful woman and may be able to use photosynthesis. Should you find yourself captured, a mysterious third party will help you escape. They may be some kind of cyborg ninja, if you can imagine such a thing. A young man will also be there to help you along your way, but he'll have a female love interest, a relationship which will end in tragedy. Make liberal use of any cardboard boxes you find and be prepared to climb many stairs and ladders. We'll probably spend dozens of hours talking during your mission, but if you need any extra help, use frequency 140.85.

Copies are obviously a major part of the Metal Gear story - the characters are literally clones of each other - but repetition also plays a role in the structure of the games, the formula for how they're put together. The repeated elements are deeply embedded in the DNA of the plots and storylines of Metal Gear. In other words, these memes are the genes of the scenes. They are the skeleton upon which the the individual games' unique qualities can rest. By starting with a common base, Kojima can flesh out the details and trace them back to their legendary lineage.

The most obvious example of this repetitive structure is in Sons of Liberty, when it's deliberately invoked and the similarities of Raiden's mission to Solid Snake's on Shadow Moses Island are discussed explicitly. Raiden is told that he's being subconsciously trained to take the role of Snake. In a way, the characters in Metal Gear are kind of like the characters in The Legend of Zelda. You have Link, Zelda and Ganon, right? No, you have multiple Links, Zeldas and Ganons* existing across different stories. Just as the many Links all play the part of the Hero of Time, so do John, David and Jack play the part of Snake throughout the Metal Gear canon. The character of Snake exists outside of any one of them, but couldn't exist without all of them adding their input and defining the character's boundaries.

This examination and analysis of character types and archetypes is key to understanding who these characters are and the parts they play in the Metal Gear saga. It's as if they're in some kind of acutely choreographed dance, switching who is leading and who is following throughout and passing between partners between each movement. Like a square dance where Kojima is the caller, making it up as he goes along and hoping all his improvisations don't cause the dancers to crash into each other. This spread of understanding across characters isn't unique to Metal Gear, however; as Michelle J. Levine notes, "In Nahmanide's view, the portrait of a biblical figure is incomplete unless it is reconstructed in relation to other biblical personae who exhibit parallel or contrasting behaviors and personality traits."1 This use of biblical characterization and type scenes is a tool heavily used by Kojima to give Metal Gear an epic, mythological feel.

'Type scene' is a term used to describe a stock scene repeated multiple times, especially in the Bible and Homeric texts. As Robert Alter puts it, "in biblical narrative more or less the same story often seems to be told two or three or more times about different characters, or sometimes even about the same character in different sets of circumstances."2 This same convention is used throughout the Metal Gear series, with patterns of events being repeated multiple times. This technique is used not to emphasize the mirrored elements but to expose the differences in these scenes - it's the variations which are impactful, such as the various methods for escaping the jail cells. Kojima is plainly aware of this effect and has fun winking at players with references to prior iterations of type scenes in previous games.

A notable example of a variation in type scene is Snake Eater's Virtuous Mission. This is a prelude before the game's main mission, similar to MGS2's Tanker Mission and MGSV's Ground Zeroes, missions which go wrong and set up the main game. What sets the Virtuous Mission apart is that the other two pre-missions are performed by different textual characters to the main game. Solid Snake is replaced by Raiden and Big Boss is replaced by Venom Snake. In MGS3, however, Naked Snake is given both the Virtuous Mission and Operation Snake Eater. This discprepancy is highlighted by Snake's commanding officer changing his name from Major Tom to Major Zero between missions. The meaning behind this type scene variation is left to the audience to explain for themselves. Could this be another replacement Snake, perhaps a twin imbued with his brother's memories? If so, what happened to the original? Did he maybe die from the radiation of the Davy Crockett or was he executed along with the original Major Tom? Another explanation is that this is just demonstrating Snake at the peak of his abilities - he succeeded where Solid Snake and his older self could not.

Kojima's plans to stop making Metal Gear have been long documented3 since Metal Gear Solid, so it's ironic that the series that brought cinema to the video game realm quickly became a victim of Hollywood sequelitis. Between the release of MGS1 in 1998 and MGS2 in 2001, the number of movie sequels being produced skyrocketed, which compounded the image of their success. As Jedediah Leland explains, "Whereas only two of the 25 top-grossing films of 1996-98 were sequels, by 2001-03, the number has risen to 12."4 Kojima didn't have anything left to say, or didn't want to have anything left to say, but he was forced to keep making the same games, so that's what he did. Metal Gear Solid was already basically a 3D remake of the 2D games - half the puzzles are the same; the women's bathroom, the heat-adaptive key, etc. - but having to create new games forced Kojima to bring back plotlines, fold the thick web of the plot back over itself and resurrect those supertextual characters, reinforcing the templates he'd created so long ago. Todd Berliner suggests that sequels are inherently forced to appeal to what audiences previously enjoyed, doubling down on the familiar. "When C-3PO and R2-D2 make narratively gratuitous reappearances in George Lucas's [sic] prequels to the initial Star Wars trilogy, the prequels attempt not only to reinspire the audience's affection for the characters but to call up the spectacle of C-3PO and R2-D2 by superficially reiterating their connection to the prior films we loved."5 Even full-on textual characters who have died don't get to stay dead. They return again and again, as ghosts, as AIs, as delusions, as zombies. These revenants are pained, tortured in their continued existence. If Kojima can't rest, neither will anyone else.

At the end of The Phantom Pain, Big Boss punches a mirror, smashing it - the physical tool used to create visual copies is broken and so too is the cycle of repetition. As the storyline loops back to the first Metal Gear game, we're invited to reflect on the nature of cause and effect. From a certain point of view, iterations are introduced before the elements they're repeating. A snake eating its own tail. When Ocelot brainwashed himself to become Liquid Ocelot, he was probably inspired by the creation of Venom Snake in MGSV. An earlier event for him, but one we don't get access to until much later. Taking a broader view of these patterns shows us the ripples throughout the timeline and allows us to follow the epic with more precision. What was first introduced as an oddball scheme is traced back to become a much more substantial aspect of the overall arc of several characters. As Adam Neely would say, repetition legitimizes.

* Most of the time it's the same Ganon being resurrected, but Four Swords Adventures has a separate incarnation.