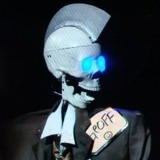 The importance of scored reviews

Earlier today, Joystiq announced the end of scored reviews on their site. The reasons given for the switch make a lot of sense, and are indicative of recent trends in the industry that make scores so difficult to assign: day one patches, broken games, drastic changes over time. They aren’t the first site to implement this change, and probably won’t be the last. On paper, the move makes sense. In reality, though, I’m not convinced that the move away from scores are a good thing.

Game reviews have gone through a lot of growing pains. Once upon a time, they tried to be objective, and there’s still an audience craving that type of coverage. But as games got more complex, and developers began pushing the medium forward, reviews got more subjective and more personal. It wasn’t about sound and graphics anymore - well, it wasn’t completely about that. Writers started to experiment with deeper analysis. The byline was more important than ever, as personal experiences and beliefs began informing the score. Scary things like feminism and race got brought up with increasing frequency. Naturally, a lot of people fiercely opposed this. Despite receiving a nine out of ten, Carolyn Petit's review of Grand Theft Auto V received a great deal of scrutiny due to her concerns with the game's misogyny. Similar outrage occurred when Arthur Gies derided the over-sexualization in Bayonetta 2. With increasing frequency, conversations arose over whether or not this type of commentary should be included in reviews.

These conversations have only gotten louder and more heated, and that's where a lot of my concern with the removal of review scores comes from. Whether or not it's intentional, the move feels reactionary. The industry has not reached a point where low scores based on personal preferences and social issues are wholly accepted, and I'm worried that the move away from scores are a response to concerns about what a game should be scored on. Social issues can still be addressed in reviews, but their importance won't be as pronounced. Game reviews used to be incredibly homogeneous and technical, and in many cases they still are. Penalizing a game's score because of concerns with things such as sexism felt like a difficult step forward. There was always a huge amount of resistance, but the scores demanded attention and made people more aware of social issues in games.

Of course, these issues can still be brought up in reviews. It's entirely possible that the lack of scored reviews will lead to more of these conversations. The concern I have is one of accountability. A low score is a declaration. It's easy to understand, and it emphasizes the growing importance of deeper analysis in games writing. Removing review scores doesn't feel like a solution. It feels like analysis without the accountability.