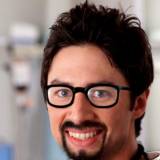 @hollitz: What often kills Dark is Ornstein and Smough, they are sort of a road block, but when I beat them, I still get this huge thrill of achievement, having overcome the hurdle, rest of the game is kind of cake compared.

I had a nice talk with a game worker, I understand he has nothing to do with the problem. I told him to stay strong for the hords of angry fans who don't know better.

It's awesome, and no spoilers for the game.

@BrockNRolla: In not saying it did happen, I'm saying it could have happend offscreen. In my Shepards story it did happen to make it more interesting for me play since I want a more flushed out Shepard.

@BrockNRolla: What parts didn't happen? The drinking, was during travel/mining time. I added some flavor to get a more flushed out hero for me to enjoy the game with.

My Samantha Shepard (F) is pining after straight girl Ashley, and settled for Liara because she believe that Ashley will never swing her way. She is living with survivors guilt after Akuze. After the loss of Kaiden she was close to breaking and went on a heavy drinking binge. only with the help of Ashley and Wrex was she able to pull together.

After Samantha was brought back from the dead and seeing Miranda from the operating table it was lust at first sight that evolved to something more during the fight to stop the Collectors.

Once again pining after the straight girl. Then after meeting Ashley on Horizon she started getting mean and putting the mission over casualties though she maneged to pull herself together before the suicide mission and became the hero the galaxy needed.

That is Where she stands at the intro to Mass Effect 3.

He told me to tell you

I am not a man that is good with words so I usual avoid forums and comments. That said i loved this book enough to come in here and try to promote the good man.

The way the story is set up made me feel like I was seeing a tv show infront of me.

This might seem like a total shill, but I just love this book and the sequel that much.

Season one can be downloaded and read separately free of charge in .pdf on the authors site .:SQUIRE'S ISLE:.

All season one stories can be downloaded free of charge.

Or collected on Amazon with a few extras shorts.

Demons Are Real. Riley Parra Plans to Give Them Hell.

No Man's Land isn't the kind of place you go after dark, even if you have a badge. But Detective Riley Parra was born there, and she refuses to surrender it to the drug dealers, killers and criminals who have made it there home. The case of a body stuffed into a drainage pipe leads her to discover that there is far more at stake than she ever imagined. Reeling from the knowledge that angels and demons are at war in her city, Riley finds herself thrust into the role of champion for Heaven. Determined to stop the demons and be more than just a pawn for the angels, Riley does the only thing she knows how to do: she fights.

Seven multi-chapter stories and six one-shots are included in Season One.

Does it work on mac?