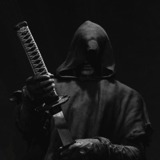 This mission made me want a horror game where you are being chased by giant monsters and/or robots. Somebody get on it.
And yes the mission was great, didn't have a problem with it.

Haven't played with all of them, but so far: Threaded Cane is really boss and I like the reach on it, the Saw Spear has a really nice feel to it and I like using it but I picked it up late in the game and don't have it upgraded, Tonitrus is really cool.

Very excited to try out the 2 daggers and the Scythe. Btw, are they hard to get or find (no spoilers)?

Usually 1 for most games, but for some I make an exception and go for 2 or 3.

2. I can loan games from the library where I live, so the more choices the better.

I feel like people should just wait for the inevitable Complete Edition of the game that will come with all the DLC.

But if you really want it now, I guess it's alright for that price. The game kind of lends itself alright for short burst plays (just take a mission finish it and call it a day), but if you want to get past lvl 20 you will need some more time on your hands and get to grinding.

Like other people said, don't expect an amazing story. You will play mostly because of the universe and the fact that the game looks, sounds and plays really well (imo).

What a crazy time that was, really felt like the generation was coming into it's own that year.

Also, 4 of the biggest and most successful new franchises of the generation launched that year (Mass Effect, Bioshock, Uncharted and Assassin's Creed)

I also remember people calling Bioshock the first masterpiece of the generation.

It was a particularly great moment to be a Xbox 360 owner I feel ,since at the time Bioshock and Mass Effect were not out on PS3.

Also, share some of your memories from that year.

Little Big Planet 3 kind of felt like that most recently, it's a pretty good game with some good design but felt very low effort for a 3rd game in the series and on a next gen platform.

I remember being really hyped for the game, mostly because I wanted more Persona character interaction goofiness.
Never got to play it to this day, the gameplay never seemed very appealing.

Honestly I'd watch a playthrough of it, if there were any as hilarious as the Endurance Run.