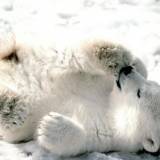 Chicago area, if you want gifts I have gifts

Ryan was a best friend to thousands of people he never met, I can't think of a higher accomplishment than that.

Nothing is more depressing than going a restaurant and receiving green eggs. Seriously, you don't know how to time a properly boiled egg? Amateur hour.

I eat my HBEs but do so in privacy lest someone protest the smell. I have unfortunately in the past had coworkers who did not offer the same courtesy and of course they had the stinkiest eggs imaginable. Unconscionable.

Quite the saga going on in Rhode Island these last few days as video game developer 38 Studios has defaulted on an interest payment for a $75 million loan it received from the state to move from Massachusetts two years ago. One may wonder how in the world the company blew through that sum of money in such a short time, but employing 379 employees at an average salary of $70,000 certainly gets you over halfway there pretty quickly.

A lot of questions have been raised during this mess, especially wondering what RI was thinking handing $75m in taxpayer money over to a retired baseball player who had never made a video game in his life and the decision by the studio to immediately launch into development of a massively-multiplayer (MMO) game, a genre which has seen a series of massive failures over the last few years. Most interesting from a finance perspective, however, is looking at if the government failed to establish sufficient accountability on 38 Studios to prevent them from failing to deliver on their promises.

When the loan was approved it gave 38 Studios a series of checkpoints it needed to hit to receive the funds, including $9.4m in December 2010 after it confirmed its move to Rhode Island and $17.4m in April 2011 after it moved its first batch of employees into the state. The problem with this situation was the company received all of its funding before it ever released a single product, when it was nothing but a bunch of intangible growth opportunities! It is here that the underinvestment problem shows up, since the employees (aka equity holders) had little to no financial stake in the company thanks to the Rhode Island taxpayers having footed the bill for their setup and development. Given their lack of skin in the game, 38 had the ability to do what they please, whether wasting money on dumb props or chasing after genres even one of the most well-regarded developers with the Star Wars license has failed to achieve notable success with.

There was a massive uproar last year after solar panel company Solyndra failed despite receiving $500m in government support, but at least that company had actually shipped product and established a customer base. In 38 Studios’ case they didn’t even have that, and thanks to Rhode Island the company had no reason to commit to delivering a project or financial plan that would ensure they had sufficient cash flow to pay back their required interest payments. The company leadership bet the firm on an MMO dream (or just blew it on nothing, I suppose we don’t actually know yet) and it is further evidence of why loans made to organizations need to have suitable bonding activities in place before being approved, and why it is dangerous to give politicians the ability to lend out money under conditions any rational banker never would.

Unsurprisingly, Rhode Island amended their economic development loan program to be a maximum of $10 million in April 2011. Unfortunately for the state it was too late to save its taxpayers from this mess.

If anything this is proof that the Kickstarter community is doing a decent job of policing itself and letting folks in charge know when something of questionable quality is asking for funding. There's still the unknown regarding when and if the first wave of funded games ever come out, but given Kickstarter will never be a mainstream thing the investor community should have a good sense of what's likely to succeed and what isn't.

Even as EA and most other companies are running to social gaming Activision just sits back and enjoys the flows from everything else they have going on. I may not like all their products but I do admire their ability to stick to their business model and not go chasing after the latest crazes. No surprise its them and everyone else in the market right now.

TOR meeting "original assumptions" is not the bang they were looking for considering the beast accounts for 1/6 of their annual R&D spend. At least they made money for the first time in four years!

The Nexon takeover offer rumors last week were kind of ominous, I would not be surprised to see a suitor come out publicly if the stock price stays low.

I am very excited. Giantbomb has been one of my favorite websites since it started and I hope having CBS behind them will give them the greater press coverage they deserve.

Obsidian looks to be willing to cycle through every license imaginable. Perhaps I applaud their willingness to go outside the D&D comfort zone, but please just release a technically competent game for once!