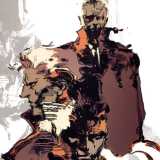 " It's a shame I never met you before you got banned, you seem like a fun dude. "

Don't even fucking get me started with you, all you fucking do EVERY FUCKING DAY is post depressing news stories and imply over and over again that people suck, WE FUCKING GET THE POINT, GET THE FUCK OVER YOURSELF.
11 years ago

#2  Edited By Emandudeguyperson
@Ineedaname: Do you see what I did there? "TerminatorfanX"? I'm saying that people change their opinions on anything just to seem cool to Jeff.
11 years ago

Once again I am not talking about quality or ability to play or find games online, on the contrary I am saying those things are fine.  I am only referring to why they don't sell as well as I think they should.  I don't understand why games like Resistance and Killzone which I agree are better than Halo:ODST  which was an overpriced expansion can't come close to the sales of it.  Here is a short list that I compiled . I simply picked the top games that I could recall and looked them up on VGchartz.  If I missed one I will try to find it and I know it isn't fair to compare MAG to games that have been out for months and in some cases years but I just threw it in to show it didn't set the world on fire.

Oh, you meant saleswise? I dunno, maybe the online service.
11 years ago

I'm about sick of 99 fucking percent of the GiantBomb community, all you guys do is whine, bitch complain, moan, argue, I know all of your moves, for example:

What gamme should I get for my Xbox 360

userX: what's a gamme? The Xbox 360 only plays games and DVDs

If GiantBomb gives any game of any type a 4 or 5 there will always be at least one user to bitch about how overrated it is.
If Jeff posts anything, you automatically agree with him on anything, for example:
"Jeff: I only liked the original Terminator."
terminatorfanX: yeah only teh 1st wun was gud

Seriously, have a differing opinion for god's sake.

The second somebody posts a thread asking what they think of an old, obscure, and probably shitty show, the thread is flooded with comments like this:
userX: Dude yes (Old ass TV show or video game X) was the best thing ever.

My point is, fuck at least 95% of the GiantBomb community, you guys disgust me.
11 years ago

" @Resident4t:@SeriouslyNow: Sure, right, you guys just keep telling yourselves that. *Eye roll*. "

Did your tampon fall out today or what?  You're coming off like a gigantic douche in every thread.  "

That's the point.
11 years ago

" His run animation looks like the one from Sonic Rush. "

That's what I thought when I first saw the trailer,

What seems to be the problem here????? Nothing.

#7  Edited By Emandudeguyperson
@Resident4t:@SeriouslyNow: Sure, right, you guys just keep telling yourselves that. *Eye roll*.
11 years ago

Make it a shitty ass cover based shooter and it will automatically get high scores from every critic.

#10  Edited By Emandudeguyperson
@fuzzyponken: Yeah sure, I REALLY care what you think **Sarcasm**
11 years ago