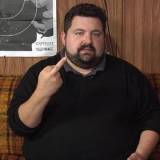 Next mapack should include 3 new maps and 5 COD4 maps

If IW included 5 old maps with the 3 new ones, more people may not scoff at that $15 price tag. Almost all of the COD4 maps were good and Overgrown and Crash proved that COD4 maps are still awesome in MW2. Even though 2.7 million people downloaded the 1st map pack, imagine the numbers if they included 5 COD4 maps in the next pack. I know I would have zero problems with a $15 pack that included 8 maps. Also, some new perks, weapons, titles, and icons would also be welcome. I know I am asking for a lot here, but the amount of money this game has pulled in, it would be nice to see a huge content update. Maybe add the weapons, perks, titles, and icons as a title update. Doing that may help more people cough up that $15 for maps.

Finally got around to playing the new NIN DLC for Rock Band last night. Only played on guitar so far. "Last" is by far the best to play on guitar, followed by "Capital G" and then "Burn". "Burn" is the best song of the three, but doesn't have enough guitar in it. Drums and vocals should be a hoot for "Burn."

Blogs Created:
3 blogs
Most Commented blog:
Next mapack should include 3 new maps and 5 COD4 maps
Total Comments on blogs:
4 comments