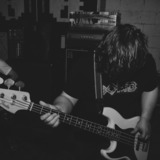 The gist is they have been over worked and seek a more healthy work/life balance. They intend to more tightly focus their professional energies on their podcast and podcast related endeavors. They will continue to contribute to Polygon in a reduced capacity through Monster Factory, Awful Squad and The Besties.

Honestly I don't know how they've been surviving the past couple of years, especially once all their children started being born. Here's hoping the change leads to healthier, happier lives for themselves and their families.

@bisonhero: Eh I would disagree with the idea that the timing is a slap in the face. Patches is overdue, granted, but the other three are not in that same conversation. Corridor Creeper has existed for less than 2 months, Raza has only been a going concern since the last round of nerfs midway through KotFT and Bonemare is only an edge case for a nerf in my opinion. The timing seems reasonable.

Your greater point about powerful neutrals is an interesting topic, though its one that comes with its pros as well as its cons. Homogenization can certainly be an issue over time, but I'd argue that having solid creatures that can slot into any basic mid rangey deck is a very good thing for accessibility. I think most people would agree the card acquisition model in Hearthstone is a huge slog for new and F2P players, and having cheap useful neutrals like Bonemare and Scalebane is a major boon for those people. Late last year I got a couple friends into Hearthstone and the ability to point to these very easy to acquire cards with the advice that they can just stick two of each in all of their decks got them on the path to winning and having fun much faster than they might have otherwise. This obviously only applies to cards in the common slot. I'm fully against these types of cards in the epic slot and am quite happy Creeper is being nerfed out of ubiquity.

As for the nerfs themselves: Positive changes all around, though I can't help but feel let down by what didn't get changed. For my money the slow Warlock decks are the most pressing issue in the meta right now. That Possessed Lackey/Voidlord wasn't touched at all is very worrisome. With a change to that package I think the last month of this rotation could have been really fascinating, but now it's hard to say. It's fully on the back of whatever attempts to counter Control Warlock to breed an interesting meta.

I decided to play through the first couple hours earlier today to see how it holds up. The things that I loved about it back in the day still hold up I think. The art and world and atmosphere are as beautiful as they were 10 years ago. I still enjoy listening to audio logs and scrounging for garbage, and honestly the hacking minigame is less annoying than I remember. The controls have really aged horribly. Aim down sights is basically worthless, only having access to a weapon OR a plasmid at any given time is extremely clunky, and the control layout in general is just very awkward. I wasted like 3-4 health kits absentmindedly trying to crouch.

To the best of my memory the series received some major mechanical improvements with 2, so I might give that one another spin as well.

I've occasionally tuned into the international out of curiosity but even on the newcomer stream I find it a little too hard to follow with my very limited game knowledge.

I do watch quite a bit of Hearthstone esports. I always catch the HCT broadcasts and dip in and out of other tournaments. Big open events like Dreamhack are a little long and clunky to watch straight through, but smaller things like Seatstory Cup are super fun and an easy recommend for anyone curious about the scene.

I've mostly been splitting my time between Rogue and Warrior so far. Warrior death knight is rad as hell and I think I've finally hit on a tempo list that's really humming. Valeera the Hollow though? Man, I don't know. Most of the time I play her I don't lose that turn... and then I lose the next turn. I haven't tried a list with vanish yet so maybe that's the key? Anybody out there having success with Rogue?

I've also been messing around with a Dragon Priest list I saw from Amnesiac and I've been thoroughly unimpressed. You can generate some gross tempo eventually but you just don't start building to it fast enough without a nutty draw.

@bisonhero: I haven't played any druid yet but from what I've seen a lot of people have been sticking a couple of the new taunt cards (spreading plague in particular) into a jade druid shell. If you're not playing jades my best guess would be you look at winning through out valuing your opponent. 2x Ultimate infestation + Lich King + Death Knight as your late game package kind of thing.

An important thing to note is that there was recently an adjustment to the way the legendary "pity timer" works. Your first 10 packs opened in a given expansion is guaranteed to contain one legendary card. I checked it out on the servers I don't really play on and it took between 2-5 packs to pop the timer each time. Even if you don't end up getting useful legendaries its still a significant source of dust for a relatively fresh account. Opening just enough packs of each expansion to nab the legendary would probably be the first longish term goal I would set.

Besides that someone else mentioned the welcome bundle, and if you intend to spend ANY money on the game, absolutely start there. It is comfortably the best value pack purchase you can make. One Night in Karazhan is currently the only "Adventure" based expansion eligible in the standard format, so if you're putting money down, that would be the next step after that.

Those will be your highest value routes to card acquisition. Even after all that though, you need to keep in mind you will NOT have a complete meta viable collection. Getting to that point will take either a lot of time, or a lot of money. If a meta viable collection isn't what you're shooting for though there's plenty of fun to be had just fucking around with whatever you happen to open, and my suggestions will leave you with plenty enough to do that much.

One last thing: since you left the Tavern Brawl format was introduced. Every Wednesday through Sunday a game mode with a unique set of rules becomes available, and your first win nets you a classic pack. 1 pack per week doesn't sound like much, but it adds up. Always play the Brawl.

I am fully in favour of a Ben+Brad playthrough. Love to see this type of content coming out of the west coast office again. Kingdom Hearts is an uh, iffy game so I never ended up doing the last world or two, it'll be interesting to finally close the book on it all these years later.

Very good news, I don't give a damn about Batman but I really liked TWAU. Now just bring on some more Borderlands and I'll have all that my Telltale heart desires.

If anything I could stand to have more lets play type content, especially from the west coast guys, it feels like they haven't done a playthrough in forever. Lets play are now and have always been the main draw of premium outside of supporting this fine website.