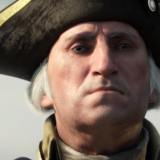 @hurricaneivan29: Well okay, fair enough. That's kinda a different discussion though I think. All games could stand to be less tedious. I think the original point however was that games's stories are often hurt by the inclusion of "gamey" things. Unless I read the OP wrong, I'll agree it was a bit confusing.

I think if you want to drop me into a well realized fictional world than I shouldn't spend half a game with my face in a sink looking for ammo and money. That jeopardizes the greater experience that could be possible.

I think we're at the point where the Far Cry 4 box art is fine.

Remember when Capcom was racist for having black zombies...in a game...taking place in Africa?

It's safe to assume the bulk of most dev teams are male. There's no reason men can't write a good female character. Frozen had great female characters and had a mostly male senior creative team.

When you get to more minority groups like trans, Muslims, or homosexuals, you might run into the problem of a creative team not being exposed to those people much if at all in their life. Not only does writing these kind of characters become difficult, it's also likely as innocent as not thinking about those groups when writing. I assume most writers pull from what they know and are exposed to self consciously.

It gets weird if you're writing a story and artificially think, "Ok, where am I going to put my black characters and gay characters?"

Not to excuse the overabundance of white males, but most the criticism against it suggests more nefarious intentions at play.

I remember some journalist having a fit on Twitter after MOH came out about everyone you shoot being "brown". I had to educate him that most terrorist soldiers come from Pakistan, Afghanistan, and other muslim countries which the vast majority of those people are that color and religion.

If you were going to make a WWII game all your characters would probably be white men unless you were telling a tale of a segregated unit. This doesn't excuse 90% of videogames, but not all story writers are racist homophobes.

I never realized part of what made The Walking Dead game and The Last of Us was that their main characters were younger females. A age and gender not usually presented. I'm just so used to white male adults.

That being said, if I was making Assassin's Creed unity, I'd toss in a female character.

I'm only interested if you can get super weird with gravity and items. I essentially want Garry's Mod, but Mario.

Weird law you have there in the U.S. If you rent an apartement here in Germany you can cancel your contract anytime provided you message it 3 months in advance with an written request for termination. Most rental contracts are basically the same here and bound to law very strictly.

Depends how you're doing it, though. Some people rent by the building, others by the room. If you're the lead tenant and you're living along then yeah, you're fucked. It shouldn't be too hard to sublet the room and pass the buck over to a new person, though. Depends if it's a private contract or you went through an agency, I guess. Either way, you should be able to get some fairly straightforward legal council without too much hassle.

I posted an ad for the apartment and had two responses in 15 minutes. My landlord is refusing to allow me to pass the apartment to someone I don't personally know.

I bet there is a early termination fee that you could pay.

Otherwise get someone to sign the lease over to ASAP, bargain with them, not your landlord.

My lease doesn't allow early separation. Just that if I leave, I'm responsible for the rent payments until the end of the contract.

Have you tried finding someone to sublet the apartment to? That could solve your problem with less fuss than going to court or dealing with this difficult landlord.

That's my goal. But this job wants me to move asap. So it'll be hard for me to coordinate it. Not that I'm not willing to do it.

Videogame forums are bad for legal advice, but I figured since a lot of Giant Bomb duders probably rent apartments you all might have some stories.

I live in Cincinnati. I got a job in Chicago on very short notice (this job may or may not have to do with videogames).

I payed a security deposit a few months ago and signed a lease to rent an apartment in Cincinnati. Move in date is August 1st. I asked to break the lease and even offered to leave my security deposit, and that I'm open up to a deal.

I'm in the military and will transfer to a unit in Illinois. There are laws that allow soldiers to bail from a lease without question if called to Active Duty. However, the military isn't the cause of my move.

He's threatening legal action against me. I signed a contract, I get that.

To be clear, I do not live in this apartment right now.

UPDATE: Landlord isn't allowing me to sublease and doesn't want to take a deal that involves me just giving him my security deposit and two month's rent in exchange for me just bailing. Despite me finding several people willing to take up the apartment. I'm using military legal assets.

I kinda don't have a choice here, this job is a really fantastic opportunity in the game industry. But I might lose a lot of money in the process.

What does it say about this whole gun thing that reading about mass shootings (we can define mass shootings later, but you know what I mean) just isn't interesting anymore? That's how bad it has gotten.