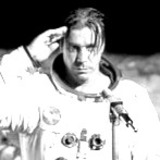 Even though I'm busy trying to finish my Computer Engineering BS degree and commission as a 2nd Lt in USAF next Spring, I still somehow played enough video games this year to totally have a legitimate, sincere list of "10 Games from 2013 I Thought Were Cool," which is essentially just my GOTY 2013.

Christine Love definitely approves this list, I think? She could have possibly have been on this list herself if only I actually played Hate Plus, but I will definitely get to it some time soon, along with other great games I've missed this year. (Thanks @yoshimitz707 for taking this picture on my camera back during this year's PAX Prime <3)

I actually had a lot of fun playing video games this year. I mean I always have fun playing video games, but I really appreciated the volume and variety of games I was able to enjoy throughout the year. I laughed, winced, killed people and broke things, screamed in horror, *almost* cried once or twice, and contemplated deeply about life and the human condition. There's a good mix of blockbusters and indie games on this list, which is remarkable and speaks to how I thought about the overall quality and state of video games this year. There's even more games that might have been on this list if I only had time to get to them, which I'll mention before the actual list.

Games I *would've*/*might've* thought were cool if I actually got to play them in 2013:

Antichamber, the Stanley Parable, Tomb Raider (really sorry I never got to it!), The Legend of Zelda: A Link Between Worlds, Ni no Kuni (never got to finish it yet), Rogue Legacy, Fire Emblem: Awakening etc. (there may have been a few other big ones I missed but these I think would've been fighting for a place on this list if I played them, based on what I've seen of them)

Games I really wanted to put on this list: Animal Crossing: New Leaf (I don't want to know how much time I spent on it this year, but I can say for certain it was too much. This was also my first exposure to the series.)

In fact, I'm giving Elodie a place in the list before the list even starts! So HAH.

(I admit I haven't actually gotten her to coronation yet because I've had my hands tied trying to not get her killed, so I can't necessarily give her "Queen of the Year." She won a Civil War decisively, though!):

Elodie from Long Live the Queen

All that aside and without further ado, here's my actual Top 10 list. First I'll actually list them 10-1 (to build suspense I guess?) and then use the actual List Feature for Giant Bomb (since that forces it to list from 1-10) to explain them:

3. Brothers: A Tale of Two Sons

And now my explanations:

WARNING: My explanations for The Last of Us and BioShock Infinite contain some spoilers, read those particular explanations at your own risk!