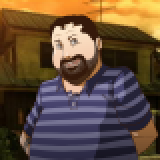 Not Enough Time To Game :(

I find myself in a very strange situation. I work weekdays 9-5 and then most of the time when i get home ill sit down and watch the endurance run and quick looks and just mess around on here. After i get done doing this I'll go to the gym I've been going to the gym for about 10 months and I just recently felt as if I don't have enough time in my day to play video games watch all of the quality material giantbomb posts and go to the gym. Given I do take 1 or 2 days off a week from the gym even on those days I don't really feel motivated to game. I'm hoping this is just some kind of slump I'm in. I mean i feel great (lost around 45 lbs since starting at the gym) and weigh 190 lbs. I just have a massive stack of games that i need to play like Bioshock 2 , Final Fantasy XIII, and Splinter Cell Conviction. Thank god giantbomb hasn't posted anymore quests or that would steal even more of my soul. That being said i think I'm going to take tomorrow off from the gym and have a lazy day and play some good ol' xbox. :D

So basically the quest systems taken over most of what i do here on Giant Bomb. I think the whole scavenger hunt aspect of it can be very addicting. I'm already anticipating when the next batch of quests will come out. I find myself doing stuff that i haven't done for a while on here like posting on the forums and even posting a blog which I've never done on here. If this gets posted on the forums my apologizes. Also I'm just waiting for the achievements to update on here so i can get my final 2 s-ranks that i completed today after beating the Dantes Inferno dlc and going back and getting my last achievement needed in Crystal Quest.