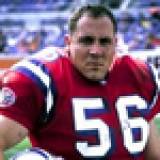 GameStop is consistently thrown to the wolves around here. I still have yet to see what the big, overlying problem is with their establishment. Here’s the most common ‘offenses’ I seem to read over and over.

I have never in my life seen a business criticized over and over for trying to move product. All of those complaining have a problem with employees pushing pre-orders, used games, and membership cards. This is what makes a business work; without striving for profit, a company like GameStop would file bankruptcy within hours of launch. GameStop is not your fucking hangout. Stop acting like you should be able to go and loiter.

And GameStop hires people with retail experience, because, and I can’t stress this enough, they are a business striving for profit. The employees aren’t there to have a conversation about your self-important views about how Halo should’ve been Game of the Year. And on the off-chance they do spark up a conversation with you, it’s to make you comfortable spending money at their store rather than somewhere else. These people are not your gaming buddies.

They sell used games because game retailers make very little from new copy sales. If the gaming market was nearly as profitable as the movie market, the situation with used games would be entirely different. I really don’t think it’s shady to put profit and staying in business first. The gaming industry is starting to take steps to curb this anyway.

If pre-orders are what get your fire burning, it’s the same deal: a way to make money. It sounds like a lot of titles nowadays are giving away extra content to entice customers, so it really isn’t all bad. I’ve also read a lot around here about GS losing record of a pre-order being made. While this surely isn’t ideal for a place you shop, adult shoppers keep record of what they spend their money on. This is the electronic age. Checking transactions are viewable online, and if you spend what you would consider a large sum of money on something, especially something you aren’t receiving right away, receipts are something that should be kept in a safe place. GameStop losing record of your pre-order isn’t just a screw-up on their end; you should be able to prove that you did so.

Gamers are not entitled to special treatment because their hobby isn’t as mainstream as others. Seriously, grow up and become responsible consumers with a reasonable expectation of retail outlets. What I really don’t understand is how a gamer can think of GameStop and Best Buy as different types of businesses. They aren’t.

You are not special and don’t deserve special retail treatment because you like to play video games.

TL;DR EDIT: Shop where you like, but don't complain about GameStop having the same business practices used elsewhere. Lots of retailers have some sort of post-purchase/pre-purchase shtick, and it's easy to respond to. Also, single employees and one-off situations are not indicative of the whole.
179 Comments

I'm not going to post this to the forums, because I'm sure everyone is sick to death of discussing it over and over. But, yes, I read PA today, and their accompanying news post, including this article. Tycho makes some really solid points about how used game consumers aren't really THQ's customers. I also spent a long time on twitter today discussing #PAgamesdialog with a lot of other concerned gaming folk.

My position is simply that video game consumers are spoiled. We've had a medium that could exist with the used game trade for a really long time, and unlike a lot of other goods, like cars, the adjective 'used' didn't necessarily mean diminished quality. Most, if not all, other markets see diminishing value come from used sales. Let's explore the car market for example. When you purchased that car brand new, it had a lot of great qualities, some of which were included because you purchased it new. That buyer's warranty is really helpful if something goes wrong and is a great incentive to buy it new. Used cars, on the other hand, have wear and tear from the previous owner, and won't come with a manufacture's warranty. This is something the consumer knows going into the purchase.

The games market is evolving; it will soon be like every other market. And why shouldn't it be? People who use GameFly or purchased used aren't contributing to the developer's profit, so why should the developer treat them the same way? All games will eventually become worth less than they originally were. Look at Halo 2. The multiplayer is no longer functional, not because the new purchase came with access to the multiplayer, but because the game was old enough to put to pasture by MS and Bungie. Now this lifespan is being accelerated to the point of purchase. Now we see an immediately diminishing value as soon as the game is being offered for resale instead of just at the end of its lifespan. For hard-copy games, this is the future. And it is inevitable that all physical game media will be obsolete within my lifetime.

My big peeve about all of this is that too many people think they're entitled to multiplayer and developer support for as long as the physical media is usable. What a ludicrous notion.  Developers would be more under fire if they refused to support new games in favor of old, and it just isn't profitable to make sure every game released has a team working on extending its lifespan.

All of this will be null once digital delivery takes hold as the primary source of games. My advice is to suck it up and deal with it. Gaming is an expensive hobby. Until all gaming media is digital, it will continue to be so.

Another PS3/Mass Effect 2 Blog: Why This Isn't Good

Between the sixteen threads and blog posts about the Mass Effect jump to the PlayStation 3, it's clear that this is a divided issue. After marinating in the news for the better part of the day, I've decided that I see this as a poor move for the Mass Effect franchise because there is a very real possibility this will give PS3 owners who haven't played an ME title before a bad taste in their mouth.

Mass Effect 2 is a phenomenal game in context. The mechanics and aesthetics are top notch, and it is a very fun game to play and experience, but a lot of the enjoyment for me was seeing the references of the first game, both those that were dependent on my choices in the original Mass Effect, and those that weren't. Since the overall story was weak, these references were what made the game's story for me. ME2 is a game about character development, and it has that coming out the ass. This was a really appealing aspect of ME2, but it wasn't what kept me returning to the game. This will still be present in the PS3 port, however, players will be subjected to a Diet-brand Mass Effect game in terms of story. If they aren't  suckers for character evolution, they won't have the references to make the overall story interesting.

Without Mass Effect, ME2 is a great shooter, with a decent story, and that's it. There's really not much more going on. It is not a five-star game without the existence of its five-star predecessor. It just isn't. It's still a good game, but it isn't the game 360/PC owners rave about. Seriously, think about it.

Until BioWare releases a statement about the original Mass Effect, this really isn't a big announcement. Microsoft is claiming that ME will remain 360/PC exclusive. I hope for PS3 owners' sake that there is some kind of announcement soon explaining what's going to happen to the Mass Effect franchise on the PlayStation console.

A friend of mine recently posted a status on his social networking site of choice about finally playing through Final Fantasy VIII. Other than the fact he's around eleven years late to the party, the status was a porterhouse in the lion's den. Six people commented on his status within thirty minutes, all of them boasting the previous Fantasy, and desecrating the very solid, fun, and engaging VIII.

I've never once understood the cognition behind this. And it happens when any other installment other than VII is mentioned. None of the Final Fantasies are bad games. All of them (even if it took some initial time) have enjoyed grand critical and public success (with XIII being debatable). Why badmouth a perfectly solid game just to highlight one in the series that's believed to be the apex?

I think a lot of it has to do with the removal of Yoshitaka Amano as character designer and the rise of Tetsuya Nomura. Nomura's style is significantly different from Amano's and gave a completely different feel to the setting of VII. And I don't believe anyone will really argue with me that the primary appeal of VII is the characters. No one cares what Cloud or Sephiroth's plight is, but rather that they're stoic. The ensemble cast of VI was fantastic, with very few characters standing out, but the whole working well and creating an engaging story. VII is a different kind of beast. Cloud, Sephiroth, Vincent, Tifa, Aeris, Red XIII, Yuffie, Cid, and Barret all appear to have individual cult followings (not to mention half of the members of Shin-Ra's Turks), whereas no one seems to applaud the story (which, in my opinion, started to wane in the second disc), graphics (which haven't aged well), or the Materia system (which stood out among a lot of the muck of that game).

All I'm simply complaining about is how VII, which was character-centric, can be held in much higher regard than many of the other installments which were game-centric. Sure, no one names Sabin as one of their favorite Final Fantasy stars, but that doesn't make his design any worse than Reno.

I know this stems from the same character flaw that causes 360 owners to berate PS3 owners (how pathetic is that in this day and age?), but maybe this'll provide some incite to what actually made VII different, and why it's inferior (but still an extremely solid title), or at least no better, than the other installments.

So, with any luck, I'll be using this space more for opinion pieces on video games, since the Examiner only pays me for news.