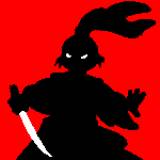 A couple of ghetto-fixes to GHWT drums

A while back I ran into a problem with my green pad becoming way to responsive and registering hits no matter which pad I hit.
All available help on the subject deals with pads that aren't responsive enough, so I was in a bit of a problem.
My original post describing my problem

I did however find a solution to this particular problem, and since I've not found this fix covered on the internets, I might as well share it :-)

I noticed that the green pad (the pad that was way to responsive) was pretty wobbly, and I basically figured that if I could stop this wobblyness, It would stop registering hits from vibrations outside of the pad itself. I turn out this worked.

I guess you could stop the wobblyness of the pad in a couple of ways, the way I did it however was first opening the drum-set and looking on the backside of the pad.

Each individual pad is held in place by 3 rubber-barb. When you press upon the pad it becomes apparent that these may be able to "give" a great deal. up to 1 cm.

The only thing I had to do was displace this space with something else, to make the pad less wobbly.


My choice to displace this space was some ordinary wire, which most people probably have lying around in an abundance.

It's the kind wire that is found in pretty much every package of hardware to hold items in place in the package.

Then I simply wrapped the wire around the inner part of the rubber-barb to displace the space, to make the pad much less wobbly.

... And this basically made the pad not pick up vibrations from the other pads.

The second fix I've made was a bit more of a added function to the drum-set, I decided I might as well try out, now that I've already had my drum-set open and found it not looking too intimidating inside.

I actually play Rock Band 2 a lot more that I play Guitar Hero, and anybody who has used the GHWT drums with Rock Band 2, may have been somewhat annoyed about the way the game interprets blue drum-pad. I know I have :-)

So I had the idea of just having the orange cymbal (which is ignored by RB2 anyway) double as a blue drum for use in RB2. A fix which actually was very simple.


It's very easy to se where the wires for each pad is connected on the controller.
It was really only a question about connecting another wire to the same connection as the blue drum, and make this wire connect to the orange cymbal in some way.

Red arrow shows the blue drums connection.
Blue arrow show the wire that I attached to the same connection.
I did not solder anything, it's pretty much hold in place with tape and faith.

At the other end of the wire I simply have a mini-jack.

Please notice that I have a hole where others actually have a "holder" for the drums-sticks.
It's basically a casualty of the first day of having the drums, where my arms may have been flailing around a fair bit - and as such hitting this "holder" and pressing it into the drumset.

Even if your not as stupid as me and making a hole like that, I think you'll probably still be able to find a way to get the wire top-side.

I believe this fix makes my Rock Band 2 experience that much better, since both the blue pad and the cymbal can be used as I see fit.

This is my latest fix on the set, and the reason why I had the set open again, and made it possible for me to take these pictures.

The red pad had begun behaving like my green pad used to do, so I figured it was the same problem again.
This turned out to not be the case though.

The problem this time was that the sensor on the pad had simply come of, and was touching the plastic. As such it registered any vibration done anywhere on the drums-set. I simply tried to use some tape to attach this sensor again.

This didn't really turn out to work for much more that a couple of songs, before the tape came loose. This resulted in the pad registering multiple hits most of the time, again making the game unplayable.

The solution I came up with was actually not so much my own idea.
What I did was making a bit of a variation on these guys' solution.

Instead of using a popsicle-stick, I simply rolled a piece of paper together in the needed length. Making a pretty solid "stick", that still is somewhat flexible to prevent the pad from registering multiple hits from "counter hit".
Basically it is just supposed to hold the sensor in place and not push against it. So far it seems to be working.


I hope somebody can make use of my experiences. At this rate I doubt I've done making fixes for the drum-set though.
I figure that in about a years time I've got a drum-set solely held together by tape and other patches :-)
1 Comments
Load Comments