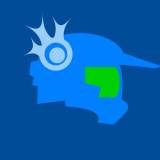 Yeah, same here. I thought the multiplayer was really fun and want to give the new firefight a shot.

I don't know, they're pretty good, but not worth a three hour drive lol

I would really appreciate it if someone could send me one as well. GT is Taylortx18

Will there be an Xb1 tournament at some point?

I'm definitely down for some monster huntin'. My GT is Taylortx18

I'd love to play with some of you guys! My GT is TaylorTx18

@kcin: "Your family gets to keep you only if you want them to." I don't know why, but those words really hit me hard. It's like, I feel an obligation to stay with them. I keep looking at this from their angle, and how they would feel if I leave.

I've found that my favorite way to talk about my problems is distill them into wishes, and what would happen if I had a complete say. (I realize this isn't a catch-all, but I think it works here) 1. I would be a cis female (yes @mjbrune, that's right :P) and 2. I wouldn't want to stay here anymore. I'd go out on my own and find some new people to be with.

I'm going to keep talking with my therapist, some supporting internet friends, and looking at places to live. I'm going to see where this goes, but I think I already know.

EDIT: Side note, Seattle sounds like a good place, but one question (Sorry if it was answered already) Is the job situation okay there?

But anyway, I told her, for better or worse. Now she's going to try and convince me this is the wrong thing to do :/ She says I'm running away from my real self (this is my real self, damn it.)

She also said how shitty it would be for me to have to move, so I should either keep this a secret or just find the real problem. I ask what that could be and she said "I don't know. We'll find out though."

I mean, as crappy as they can be, cutting all contact from my blood sounds like a hard thing to do. She brought up the fact that she may be having a baby in the future, and I won't be able to see it. I also won't be able to play that sick new REmake with my brother-in-law, but hey... I just might have to do it.

I don't know. The prospect of moving away and finally starting my real life sounds exciting as fuck, but still...

Life be hard sometimes, I guess.

You know what? Fuck it. I think I'm going to tell my sister about this soon. I know she loves me, so it can't be the worst thing.