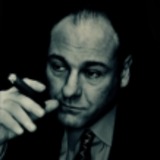 Thanks to whoever just lifted the second suspension that IVDAMKE placed on me.

@ezekiel: Good way to double down on what you just got told not to do, it's like you want to be banned.

I did nothing wrong. I'm not gonna sit here and be dogpiled. There is little difference between my original post and the one by paulmako above me. Half of what he said is irrelevant to the topic. You just happen to disagree with mine. I looked at the rules.

"1. NO flaming, trolling, disruptive activity or posts which encourage such behavior: Includes but not limited to posting inflammatory comments with the intent of starting an argument or flame war, quoting inflammatory posts or comments made off-site, or attempting to derail conversations with dismissive or off-topic posts."

Emphasis on the word "intent". I didn't intend to start a flame war. I didn't think you would be so bothered by what I had to say. It's ridiculous to force someone to be optimistic about a subject when they don't feel that way. The problem is that you probably believe modern gaming to be objectively good, so when someone disagrees and believes the majority of what's coming out now is weak, there has to be some ulterior motive. It doesn't fit in with your group mentality. You're the one making a problem out of it.

Evil Within 2 did suck. I hoped and waited for a sequel and was excited when one was finally announced, but the bosses were bland and going open world was a mistake. I wasn't fond of crafting bullets either. I deleted it at chapter 7. Therefore, this new addition is useless to me. I don't see why I should have been suspended for saying that. Mike explained the karma system to me. I always assumed a mod was notified by flags, but he said users can just suspend you automatically by pressing the flag button. Sounds like users can suspend anyone for any reason they like. He said that's not how it works at all, but without a higher authority to actually review those flags and make the decision, I don't see how it could work any other way.

Anyway, I didn't think the first person view in the Executioner DLC of the first game worked that well. It was my least favorite of the DLCs. The over-the-shoulder view in Evil Within 2 isn't as zoomed in and obstructive as in the original, so this addition wouldn't do much for me anyway.

Already dropped and deleted this game. Only made it to chapter 7. One of the worst sequels I've ever played. They didn't understand the original.

I watched Tetsuo, the Iron Man a few nights ago. Morbidly interesting, but long-winded.

I've had my Sennheiser HD 558 for three years and three months.

Probably Battlefield 2. The only other is Dark Souls, the original, with over 2000. Max Payne 3 is now at 960 hours, according to Steam, and I'm not tired of it. I wish a lot more people played the multiplayer. One of the reasons I also play it so much is because I like making videos of it.

Because we've seen them a million times before, removing the fear and awe factor, and because they're really easy to kill with a gun?

MGS3. Back when Kojima wasn't a pretentious asshole and didn't tease us with years worth of boring cutscene trailers. He showed off the gameplay right at the start of the game's marketing campaign, and it was fun to watch. Had gameplay unlike any I had seen before.

@notnert427: I don't see how you could possibly be the weird one when ADS is in everything now and everyone accepts it. It's a dumb mechanic, though. First person shooters aren't realistic anyway. What kind of a weirdo holds their gun perfectly straight and steady at all times, never turning their head? Also unrealistic is that your accuracy is so poor when the gun is always steady and pointed straight. Before ADS, we reduced our sensitivity with a slight zoom, which was better. It didn't cut off so much of your view and the regular accuracy wasn't so bad and there wasn't the pretension that ADS makes sense in a first person shooter. You could see your surroundings better with the wider field of view while shooting and could count on your bullet hitting what your gun was aimed at. Even military shooters like Medal of Honor had you shooting from the hip, and no one complained about it. Run and gun shooters are faster paced and have higher skill ceilings. Devs should be finding ways to add more mobility to shooters instead of taking it away with things like ADS and forced over the shoulder aiming. Because this isn't that exciting:

As I said elsewhere a few minutes ago, I don't care that much. You all told Rockstar it was okay to have mediocre, sluggish mechanics and irreverent storytelling by buying 80 million copies of GTA V. Thanks a lot.