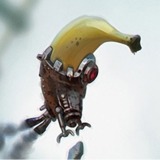 They usually have the chat up for the awards I don't see what would be different this year.

Listen, it's just not possible to create this kind of thing without some level of jank.

I for one am fine with getting doxed on the internet because no one else is making canvas bags quite as like Bethesda does.

I'm going to narrow this question down for myself by only applying it to just this year and with that in mind, my answer would have to be Celeste. Having just finished it I may still be in the honeymoon period but man that game is fantastic. There isn't a single thing I can pick out that I dislike about it. The visuals, music, gameplay, level design, even the story is all fantastic. That's not to say it's for everyone but if you remotely like the "tough as nails platformer" genre Celeste is a no-brainer.

If I would have played it when it came out earlier in the year I would have had more time to sit with it and really pick it apart. With that said it's easily in my top 5 this year and for a game that at first blush seems like just another indie platformer, that's saying a lot. Play Celeste!

I don't have a lot to say about much else but I'll just add that I also just got around to playing God of War and I'm liking it well enough. I haven't gotten to a point where it's blowing me away but I'm enjoying my time with it. After that, I think my backlog for the year is cleaned up for the most part.

5: Return of The Obra Dinn

Hmmm, this is just what I was wanting. Now if a white theme could be implemented somehow that would be perfect. Awesome work duder, thank you!

Subnautica actually came out this year. Not sure if that counts because of the whole early access thing but the final version was released in the year 2018.

Ni no Kuni 2 also came out this year but feels like I played it forever ago.

I disagree with your opinion but commend you on having the guts to share it.

@fezrock: There are guides everywhere detailing everything you need to do to install a new OS I would just google it. It's pretty easy these days though. Go to google and look for something called Windows Media Creation Tool. That will allow you to download and flash a bootable installer for windows to a flash drive. Simply create that, restart your computer, open the boot menu (Often f12 or delete), select your flash drive, and windows installer should start. It will eventually ask which hard drive you want to install windows on. Simply pick the hard drive, select "New" to make a fresh partition and the rest will be handled by the installer.

This is more of my personal GOTY list plus my backlog for the year. I think I got all the heavy hitters plus some personal favorites the crew hyped up at one time or another. Also games that are coming out that may have a chance of being on the list.

Boy, there are some takes in this thread. First off, just because the word "entitled" can be used in different contexts doesn't mean using it in this context is illegitimate. Yeah, the people we are talking about are entitled, they think they were owed something and they are wrong. Attaching your personal identity to announcements at a press conference (or video games in general imo) is a childish and silly thing to do. Did Blizzard eff up? yeah, I was pretty bummed that they didn't announce the thing I wanted but that doesn't translate into me going to Blizzard and being like "Why didn't you do the thing I wanted you to do instead of the thing you did?". It's okay to be bummed and it's okay to voice your bummed outedness but there's a difference between that and being shitty. You're entitled to have an opinion you're not entitled to get the thing you want and be shitty when you don't get it. If you think you are, that's cool but you're going to be critiqued and crying wolf that someone isn't respecting your opinion because they critiqued the way you expressed it kind of shows your hand at the game you're playing.

I identify with the people not happy about this announcement. Just don't be an a-hole about it and you aren't likely to be met with backlash. I don't think it's that complicated.